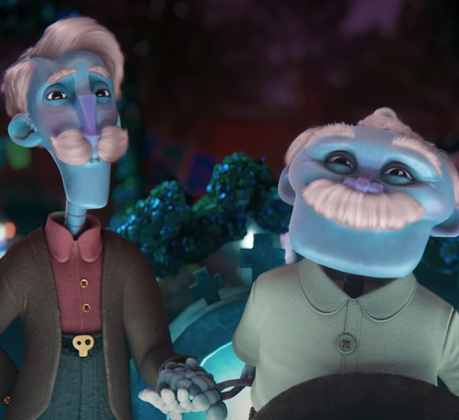 A new cartoon ad for Doritos Mexico has been released in time for Día de Los Muertos — the Day of the Dead.

The commercial, which came out last week, already has more than 2.5 million views on YouTube. It features a family paying respects to their late uncle, who turns up with an unexpected guest.

The Day of the Dead is a Mexican and Latin American holiday observed November 1-2 that celebrates the memories of deceased loved ones.

In the ad, as the family steps toward an altar called an ofrenda, an older woman places a bowl of food on it. The woman then speaks in Spanish to a photo of an older man standing alone.

“Dearest brother, I miss you so much,” the woman says, according to a translation provided by a Pride Media staff member.

The altar’s orange glow from the candlelight turns blue, and a blue fog overtakes the ofrenda.

The family — including a young woman snacking on Doritos — looks surprised. The man in the photo appears to the family in front of the ofrenda, except now he has blue skin. The family welcomes him, calling him Uncle Alberto.

“Hello, family,” Uncle Alberto says. “How is everyone?”

One of the family members says, “Who is he?”

The family gasps before the older woman claps. She tells Uncle Alberto, “What a miracle! I thought you would be alone forever.”

Uncle Alberto and Mario embrace as the family walks toward them.

The ad cuts to the title: “It’s never late to be who you are.”