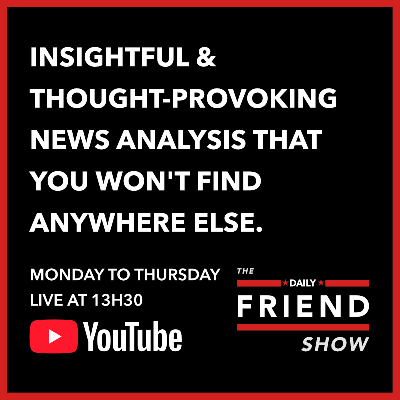 There is something quintessentially South African about how the controversy over a talk show host’s exchange with one of his guests has come to be a dominant story as the country heads towards municipal elections.

This should not be surprising, since the issue of racism was involved, and that is something that invariably stirs passions.

The spark for all this – assuming you missed it – was an exchange on The Burning Platform between Gareth Cliff and One South Africa’s Mudzuli Rakhivhane. When Ms Rakhivhane raised issues of race and racism, Mr Cliff responded that research had shown racism to be ‘at the bottom of [people’s] list of priorities and concerns.’

Ms Rakhivhane countered: ‘They [perhaps you?] obviously don’t experience the kind of racism that I experience on a daily basis.’

Mr Cliff waved this away: ‘Your personal experience is completely anecdotal and unimportant to all of us, sorry.’

To this, Ms Rakhivhane shot back with a response that straddled the gulf between admiration and resentment. Thank you, presumably for the candour. ‘I appreciate the fact that you think that the experience of a black woman in this country is unimportant and irrelevant.’

(Those wishing to see the show in its unadulterated form can find it here.)

The fallout is well known. Nando’s pulled its sponsorship and Mr Cliff has been pilloried in some quarters, supported in others. This is how these things go. What prompts my interest is that the research to which he referred was that of the IRR.

This has become part of the story, and not always in a complimentary manner. On an interview with Newzroom Afrika, Teresa Oakley-Smith, managing director of human resources and change management firm Diversi-T, pointed directly at us as an organisation ‘which is run fundamentally by the DA and produces these bogus surveys about how unimportant race is.’