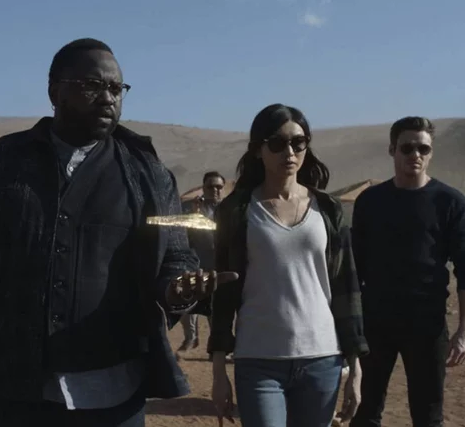 Marvel Studios’ “Eternals” will not play in theaters in the Middle Eastern countries of Saudi Arabia, Kuwait, or Qatar. According to The Hollywood Reporter, the film was supposed to debut in theaters in those countries on November 11, but when local censors presented Disney with a series of desired edits, the studio reportedly refused to comply.

Since homosexuality is still illegal in many countries in the Middle East, the requested edits likely centered on Marvel’s first openly gay superhero, Phastos, who is played by Brian Tyree Henry. (One regional cinema chain told THR that “Eternals” had been “banned,” but did not confirm the reasoning behind the ban.) In the movie, Phastos shares a kiss with his husband Ben (Haaz Sleiman), there are several references to their marriage, and we see them in domestic life raising their son. That subplot is arguably one of the movie’s biggest emotional cruxes of the film, so removing it would severely hurt the overall storytelling.