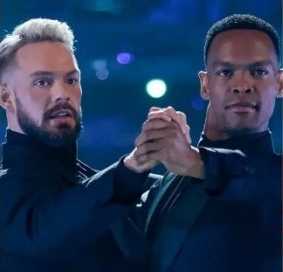 This season of Strictly Come Dancing, the British show that inspired the global Dancing With the Stars franchise, Whaite and Radebe are making history. The pair comprise the first all male dance pairing in series history, after Nicola Adams and Katya Jones previously competed together.

Whaite, who previously won the third series of The Great British Bake Off, has consistently been outting up some high scores in the competition. While the pairing has yet to nab a coveted perfect score, they have gotten 39 out of 40. They have also gotten high score of the week twice, making them a team to beat.