Judge Orders Ivermectin Be Given To COVID-19 Patient 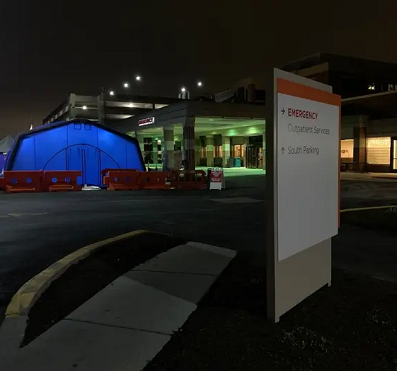 NAPERVILLE, IL — Edward Hospital was ordered by a DuPage County judge to permit a doctor who is not vaccinated to enter the premises and administer the drug ivermectin to a coronavirus patient Monday.

Dr. Alan Bain was granted temporary privileges at the hospital by 18th Judicial Circuit Court Judge Paul Fullerton to provide ivermectin treatments to Sun Ng, 71, a resident of Hong Kong, who was hospitalized with coronavirus on Oct. 14 and placed on a ventilator four days later.

Ng had been in the United States to celebrate his granddaughter’s first birthday.

Ng’s daughter, Dr. Man Kwan Ng, sued Edward-Elmhurst Health after the hospital denied her request to allow her father to receive ivermectin, according to a news release per Dr. Ng’s lawyers.

An emergency report was filed with the court early Monday after Edward Hospital “completely refused to allow Dr. Bain access to the patient,” the news release states.

Fullerton subsequently ordered the hospital to permit Bain on the premises Monday and for 14 more days to give Ng the ivermectin treatment.

“I do want to say the court is not — I am not forcing this hospital to do anything other than to step aside,” Fullerton said, according to court documents.

“This is about a daughter seeking to save her father’s life,” Kirstin Erickson, an attorney representing the Ngs, said in the news release.

Ivermectin is not FDA-approved to treat coronavirus in humans. On the FDA’s website, the organization outlines potential dangers of using ivermectin.

Edward Hospital spokesperson Keith Hartenberger told Patch the hospital was unable to comment on the matter due to patient privacy guidelines.