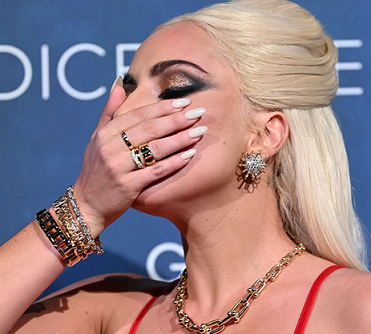 “You deserve to be protected at all costs, like every human being on earth,” the out actress and singer tells Italy’s LGBTQ+ community.

Lady Gaga has called the failure of an LGBTQ+ rights bill in Italy “a total disaster.”

Italy’s Senate last month blocked debate on a bill that would have amended the country’s hate-crimes and antidiscrimination law to cover LGBTQ+ people, ending its chance of passing during this session of Parliament. Parliament’s lower house, the Chamber of Deputies, had already approved the legislation.

The bisexual actress and singer appeared Sunday on Che Tempo Che Fa, an Italian talk show, to promote her new film, House of Gucci. Host Fabio Fazio showed a clip of activists protesting the failure of the legislation and singing her song “Born That Way.”

“I just want to say something to the LGBTQ+ community in Italy — that you are the bravest, you are the kindest, you are an inspiration. For this to happen is a total disaster,” she said in response to the clip. “You deserve to be protected at all costs, like every human being on earth. I will always write music for you, but more importantly, I will speak up for you.”