Covid-19: ‘No need to panic’ about Omicron variant, ‘symptoms are mild’ so far – SAMA board chair 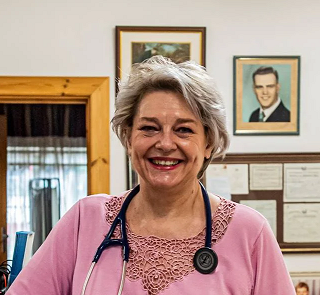 As scientists race to decode the Omicron variant, a medical practitioner has urged the public not to panic, as patients so far had shown no severe symptoms, or the need for hospital treatment.

As scientists race to decode the Omicron variant, a medical practitioner has urged the public not to panic, as patients so far had shown no severe symptoms, or the need for hospital treatment.

Dr Angelique Coetzee – who is also board chairperson of the SA Medical Association (SAMA) and in a private practice in Pretoria – said, although the situation might change, the symptoms had not been serious so far.

“This is not only my own account. I consulted with other doctors in Atteridgeville, Midrand and so on, and they’re seeing exactly what I am seeing. The symptoms are mild, and that’s the most important message,” she said.

Adding that things “might change”, Coetzee said for now there seemed to be no serious symptoms being presented by patients.

We are not even admitting them, they’re at home and they get better within two to three days after we have seen them. Nothing spectacular at this stage, and there really is no need to panic.

She added that hospitals in Tshwane were not experiencing high ICU admissions, but that this may change in the next two weeks.

However, infectious disease expert Dr Richard Lessells has warned that not much is known about the new variant, when it comes to its severity.

“It’s just that there’s a lot flying around from clinicians saying that all cases are mild. I think we need to exercise a bit of caution about that because this is largely affecting the younger age group, and as you might know, they are not at risk of getting severely sick anyway,” he said.

Lessells added that there was timeline in patients, from when they became infected up until they got sick and required hospitalisation, maybe after a week or more.

Because we detected this so early, we don’t really have a good sense of whether we will see severe cases or not. It’s still early stages, this happened in the last week or two weeks, that’s when cases started to rise.

South Africa is seeing a rise in Covid-19 infections that started to show in recent days in Gauteng, particularly in the Tshwane metropolitan area. Authorities have warned that the rising cases could see the country being hit by a fourth wave from next month.

The B.1.1.529 variant, named Omicron, was announced this week by government. It was detected during genomic sequencing by local scientists.

This led to several countries moving to restrict travel to and from South Africa and other African countries, including Botswana, Eswatini and Mozambique. The charge was led by the UK, Germany, Spain and the Philippines on Friday.

The move has left travellers stranded and helpless ahead of the busy festive season in December.

The government has slammed the actions taken by these countries, adding that South Africa should be applauded for identifying the new variant, instead of being shut out by the international community.

Lessells said the mild symptoms, especially in patients who are vaccinated or those who had Covid-19 before, was good news.

“I hope it stays that way while we gather data on this variant.”