Malta First EU Nation to Legalize Cannabis for Personal Use 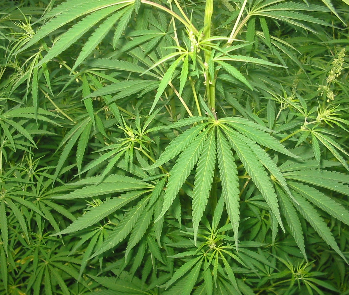 Malta’s parliament approved a legal reform that gives citizens the ability to grow and possess specific amounts of marijuana. Citizens 18 and over can possess up to seven grams of cannabis and grow up to four plants in their homes.

Any Maltese citizens in possession of between 7 and 28 grams will be fined 100 euros. The fine is raised to 235 euros if they are found using the drug in public, and 300 to 500 euros if they are using it in the presence of children.

Malta’s parliament voted in favor of the reform on Tuesday afternoon, with the bill winning 36 votes in favor and 27 against. It will be signed into law by Malta’s President George Vella.

Equality Minister, Owen Bonnici, said the “historic” move would stop small-time cannabis users from facing the criminal justice system, and would “curb drug trafficking by making sure that [users] now have a safe and regularised way from where they can obtain cannabis”.

However, Malta’s opposition Nationalist Party voted against the change.

In October, its leader Bernard Grech – who initially supported the new law – warned it would “only lead to the strengthening of the illegal market, with organized crime taking advantage,” according to The Times.

Other European nations to follow Malta’s lead on cannabis

The move by Malta, the EU’s smallest member state, is likely to be the first of a number of nations changing their cannabis laws after the UN last year reclassified cannabis to recognize its therapeutic uses.

The governments of Luxembourg, Germany and Switzerland have all announced plans to establish a legally regulated market.

Cannabis is still technically illegal in the Netherlands, which is famous for its cannabis cafes. However there is a tolerance for the drug when it is sold in coffee shops.

Italy will hold a referendum on the issue next year, while South Africa, Mexico, Jamaica, Portugal and a number of US states already have similar legislation in place.

Uruguay was the first country in the world to legalize cannabis for personal use in 2013, followed by Canada in 2018.

Greece approved the production and sale of medical cannabis in May 2021.