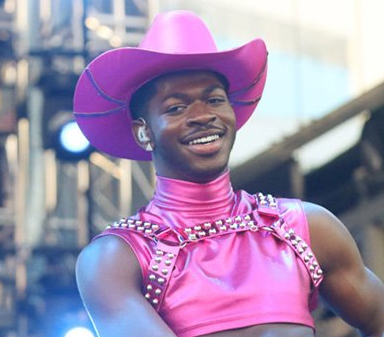 The out rapper says LGBTQ+ artists are expected to “sanitize” their sexuality.

Lil Nas X recently sat down with CBS Sunday Morning to talk about his career, and the outspoken artist had some choice words for the music industry regarding how it expects LGBTQ+ artists to “sanitize” their sexuality — and why he refused to play that game.

Lil Nas X burst onto the scene with his viral hit “Old Town Road” and he chose that moment to come out because, as he explained to the program’s host, it was when it felt most “authentic” to do so.

“It’s like, I’m not doing it for attention. I’m already like the number one artist in the world right now,” he said.

Since coming out, Lil Nas X has been utterly unapologetic about his sexuality, something he says is counter to the expectations put on LGBTQ+ artists in the music industry.

“I feel like I’m definitely much more ‘out there’ with it,” he told CBS Sunday Morning. “It’s always been, ‘OK, if you’re gay, this needs to be sanitized. Let’s not include anything sexual.’ It’s like, ‘Be gay without being gay. We don’t wanna know what happens behind closed doors, or we don’t want you to express that.’”

It’s no question that the “Old Town Road” singer has bucked that tradition, and it’s paying off for him. His debut EP, Montero, is a celebration of queer love and sex, and his music videos don’t shy away from depicting his sexuality either. The result of his total authenticity? Montero debuted at No. 1 on the Billboard chart, features three No. 1 songs (so far), has hit two billion streams on Spotify, and earned the out artist five Grammy nominations including Album of the Year.

The “Industry Baby” singer has found success with his unapologetically queer approach. Or as Lil Nas X himself put it, “I’m gonna do that if I want to. And I want every other artist to feel the same way.”