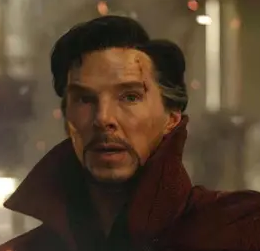 Anticipation for the debut of a new queer Marvel superhero has ramped up after Disney unveiled new merch celebrating the character’s LGBTQ+ identity.

America Chavez, also known as Miss America, is set to appear in Doctor Strange in the Multiverse of Madness. However, Marvel has been playing its cards close to its chest when it comes to revealing details about how the lesbian teenage superhero will fit into the MCU.

Now, the introduction of a new line of merchandise appears to confirm that the character’s queerness is set to be placed front and centre, thanks to T-shirts that reveal some interesting details about Miss America’s costume.

Among the details is an pride pin on the lapel of the jacket, and the words ‘Amor es Amor’ (love is love) emblazoned alongside the buttons. Also seen on the jacket is a Mexican calavera and the words ‘El Fuego’ and ‘El Karma’ (‘the fire’ and ‘the karma’).

Miss America is set to be played by Xochitl Gomez, best known for her appearance in Netflix series The Baby-Sitter’s Club. The character first appeared in Marvel comics in 2011, and quickly became a fan favourite.

In the comics, Chavez runs away from the all-female planet of Planeta Fuertona into the multiverse, bringing with her her superhero powers of speed and strength, and the ability to ‘punch holes in the fabric of of time and space’, per Pink News.

Doctor Strange in the Multiverse of Madness hits cinemas on May 6.

PrevPreviousIsrael finally scraps LGBT+ surrogacy ban in ‘historic step’ for equality
NextGrindr Unwrapped: a Snapshot of Sex & Dating on Grindr in 2020Next