South Africa is home to a culture of transphobia 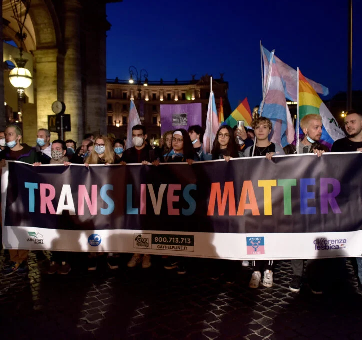 The global media environment shows that editors and academics are fanning the flames of the alleged controversy surrounding transgender people. In a culturally regressive society, transgender people remain marginalised.

He cites four famous writers and academics who have expressed transphobic views as examples of harassment and deplatforming by transgender rights activists: Chimamanda Ngozi Adichie, Germaine Greer, Kathleen Stock, and JK Rowling. He suggests that they have received undue harm owing to being blocked from talking at universities to promote their successful books, dismissed from their university jobs to be appointed to another university job, and been denied the chance to appear in person on a reunion show for a multibillion-dollar wizarding franchise to which Rowling retains the rights.

It would be remiss to suggest that these events did not occur, but it is hard to ignore the widespread fame these four people’s viewpoints have garnered them. Adichie was a guest on the popular Crooked Media podcast Pod Saves America to defend her response to being accused of transphobia by Nigerian novelist Akwaeke Emezi. Germaine Greer was invited onto BBC Newsnight, supporting her transphobic viewpoints. The University of Austin has hired Kathleen Stock after the University of Sussex did not extend her contract because of her anti-trans beliefs. Rowling was offered a chance to appear in Harry Potter 20th Anniversary: Return to Hogwarts, but the team decided that archived footage was adequate. Her anti-trans views did not factor into the decision.

It is hard to imagine trans-exclusionary feminists being oppressed by the modern media apparatus, particularly in the UK. The British media apparatus is becoming increasingly transphobic. Research by the UK’s press regulator shows that trans new stories have grown by 400% since 2010 and have become inflammatory in tone. In an interview with Al Jazeera, Christine Burns, activist and editor of Trans Britain: Our Long Journey from the Shadows, describes the tonal change as “a confected campaign launched [by] certain of Britain’s newspapers.”

The defence of trans-exclusionary feminists ignores the widespread harm their viewpoints cause to the transgender community. A report by the European Region of the International Lesbian, Gay, Bisexual, Trans, and Intersex Association shows that the anti-trans rhetoric of the UK media and celebrities contributes to an increase in hostility towards transgender people. The report singles out Rowling’s repeated transphobic attacks as a prominent example.

The more concerning aspect of Forrests’s articles is the danger of importing the anti-trans rhetoric flourishing in the UK to South Africa. It reeks of neocolonial moral imperialism that ignores the inclusionary systems that uphold trans rights in South Africa. Given our history of biological determinism and the legacy of apartheid-era eugenics programmes, the insistence that we adhere to biological essentialism is reckless.

There are many legal protections for trans people in South African law; however, many of these exist mainly on paper and lack actionable, reality-based implementation. Trans people continue to face violence, harassment and dehumanising prejudice. Articles like the ones penned by Forrest are evidence of the far-reaching cultural changes needed in South Africa to protect trans rights adequately.

The single-handed reliance on the defence of “free speech” to support transphobic ideology is tiresome. The alleged “unalterable maleness of trans women” is frequently cited to deny trans women access to public spaces like bathrooms. Additionally, the assigned sex of trans women is weaponised to harass them to the point of fleeing a complex in which they legally resided, as was the case before the equality court in Lallu vs Van Staden. The equality court held that a neighbour’s verbal abuse of a trans woman amounted to harassment, hate speech and unfair discrimination.

Despite the Alteration of Sex Description and Sex Status Act provisions stating that gender confirmation surgery is not necessary for changing your gender marker, many Home Affairs officials incorrectly apply the legislation. Trans people are often denied changes to their gender marker for this reason. This usually prompts a protracted bureaucratic fight with Home Affairs to use the legislation correctly.

We experience systemic discrimination regularly. The discrimination ranges from day-to-day microaggressions, such as being deliberately misgendered, to institutional problems like the inaccessibility of gender confirmation surgery.

On paper, (most) people accept trans people. The lived experiences of trans people show that the data is smoke and mirrors to hide the broader transphobic malaise that has a chokehold on society. We can have as many trans-inclusive laws as possible, but without a shift in the cultural landscape the protections afforded to trans people are largely empty promises. The only way to achieve a cultural change is through better trans representation in all echelons of society.

PrevPreviousMass General Expert Predicts: No Boosters. Normal Life. We Can Move on From Covid
NextFIRST LOOK AT THE TONNext