Batgirl casting is a landmark moment for the DC Universe 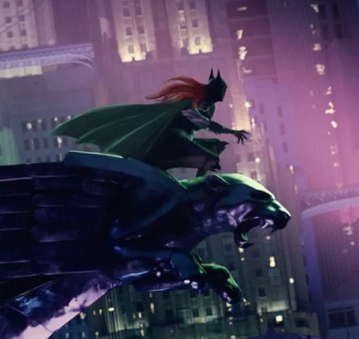 Transgender actor Ivory Aquino has joined the cast of Batgirl, marking a landmark moment for the DC Universe.

She will play the transgender character Alysia Yeoh, the best friend of Leslie Grace’s Barbara Gordon (Batgirl), in the upcoming HBO Max movie. The casting was first reported by Variety.

Alysia Yeoh first appeared in a 2011 issue of Batgirl, written by Gail Simone and illustrated by Ardian Syaf. You can check out her look from the comics via the tweet below.

Bad Boys for Life directors Adil El Arbi and Bilall Fallah are helming the upcoming superhero movie, which has been written by frequent DC collaborator Christina Hodson (best known for penning The Flash and Birds of Prey).

Batgirl has been slated for release in 2022, but no official date has been set as yet.

A bright year for the Dark Knight

If Batgirl’s 2022 release window proves accurate, the next few years could mark the most exciting for fans of the Caped Crusader in some time.

The headline arrival is, of course, Matt Reeves’ The Batman – which arrives in theaters March 4, 2022 – but several other projects are currently in the works that form part of WarnerMedia’s ambitious plan to launch its own interconnected Batman universe in the vein of Marvel’s cinematic universe.

For instance, we know the studio has a Gotham-set police drama in development, with British screenwriter Joe Barton attached as showrunner. Colin Farrell will also be reprising his role as Oswald Cobblepot in a Penguin-focused HBO Max spin-off series.

Neither of these projects are likely to arrive before the end of 2022, but we’re confident we’ll see some form of teaser for one or both once audiences have seen (and hopefully enjoyed) The Batman and Batgirl.

Film fans won’t be the only ones having all the fun, either. Gotham Knights, an upcoming video game from developer WB Montreal, will see players don the mask of Batgirl, Robin, Nightwing and Red Hood. It’s currently set for a 2022 release.