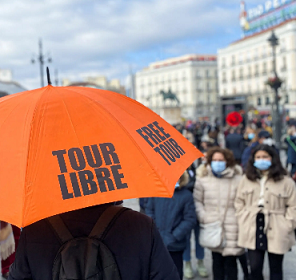 Europe might be seeing the end of the covid-19 emergency. A statement released yesterday by the World Health Organization (WHO) expresses cautious optimism, two years since the first cases of covid-19 were identified in France.

Omicron could be good news in disguise, according to the WHO, because while it is causing surges in cases worldwide, it comes with lower hospitalization and death rates, particularly for vaccinated individuals. About a third of all covid-19 cases in Europe are now of the omicron variant, and the percentage keeps increasing, suggesting that it will soon outpace the more severe delta variant, as happened in the US.

The spread of the virus is causing high numbers of hospitalization, but fewer patients require intensive care, or ventilators, making the new variants more manageable for healthcare systems too.

This means that Europe might be about to enter a new phase of the pandemic, with the spread of omicron as the main variant in a region with excellent access to vaccination and where cases continue to be mild. In UN-speak, the current situation offers “plausible hope for stabilization and normalization.” But who that hope is for, and what would that stabilization means, needs a few caveats.

Much of the world’s richest countries seem unable to learn that the first characteristic of a pandemic is that it’s everywhere.  Stabilization and normalization could further widen the gap between the impact of covid-19 in rich and poor countries. Eventually, that gap might be what undermines the stability of rich countries.

Covid-19 could reach its so-called “endgame” in Europe, and become endemic. But, as the WHO director-general warns, this can mean different things in different places.

In rich countries, where access to vaccines is widespread and the percentage of fully vaccinated adult population is up to more than 90%, this likely means living with a disease that hasn’t been eradicated but has limited chances of causing severe harm—much like the flu it was initially believed to resemble.

In most poor countries, however, only a minority of the population is fully vaccinated, and in many African countries the percentage of fully vaccinated people is below 10%. This isn’t because of local inefficiencies, but of a global failure in providing them with a sufficient, steady supply of quality vaccines. So the local populations would have to count on immunity acquire through infection, which is of unknown duration, for protection against the virus.

Efforts to release patents of Western-made vaccines and focus on better vaccine distribution have yet to produce results, and for countries that haven’t reached high levels of immunization, it might take years before they can face the next phase of covid-19 with optimism similar to Europe’s. Until then, larger parts of the unvaccinated population will be exposed to the virus and risk severe cases once omicron immunity fades, putting even more pressure on the strained health system.

Areas with low vaccination rates are where new variants emerge—as we have seen with delta and omicron—and if that happens, even the normalized conditions in rich countries could be once again disrupted.