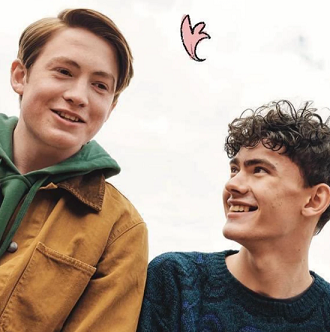 From a sapphic alien thriller to the new Sally Rooney adaptation, here’s some of the most anticipated queer content coming to our screens this year.

Did you know there was not a single week last year where an episode of a show from the Drag Race universe didn’t air? The drag queen reality competition show hosted by RuPaul began as a small budget LGBTQ+ series 13 years ago, filmed in a basement where the queens stood in a corridor during the judges deliberations and the control room was a broom closet. Now, it’s a million dollar franchise, spanning multiple international variations, all stars seasons, celebrity specials and a live singing spin-off. It’s pretty incredible!

While the show has been momentous in bringing queer culture to the mainstream, it’s also been criticised for showing a very limited subsect of the LGBTQ+ and drag communities — it is slowly but surely getting better at this though. In the meantime, 2021 saw a major increase in queer content: from the groundbreaking AIDs drama It’s A Sin and the biopic of fashion legend Halston, to the bisexual polyamorous trysts creating chaos on the new Gossip Girl reboot and a final goodbye for the beloved Pose. This year, we can also look forward to the return of some exciting favourites such as the much-anticipated second season of Euphoria  and the fourth and final season of Sex Education.

But if you’re looking for some fresh LGBTQ+ viewing, here are seven new series coming to streaming services this year: including a pansexual Sally Rooney book adaptation, teen dramas with gay billionaires on the run, and a queer TV classic remade with non-binary leads.