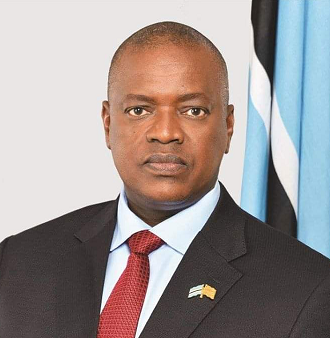 Botswana’s president vowed Monday to fully implement a 2019 court ruling decriminalising homosexuality, two months after losing an appeal that sought to overturn it.

President Mokgweetsi Masisi invited LGBT leaders to his office to reassure them that he would respect the court’s decision and protect their rights.

“We demand and expect anybody to respect the decisions of our court,” he said during the meeting with members of Lesbians, Gays and Bisexuals of Botswana (LEGABIBO).

Masisi said practical political concerns had motivated the appeal, rather than any negative sentiment toward the community.

“We won the elections in 2019, and one of our core promises was enhancing inclusion,” he said.

“As you know, we are living in a pretty conservative society, and any serious politician will not risk such a controversy at election time except to make a promise he will enhance inclusion.”

He said he believed that the appeal had allowed Botswana’s people to fully debate the issue.

The presidential invitation marked a major turnaround in Botswana. Five years ago, LEGABIBO had to turn to the courts to overturn a government ban on the organisation.

Botswana is one of the few countries in Africa in which same-sex relations are legal.

Judge Ian Kirby said in his ruling in November that gay citizens had long lived in “constant fear of discovery or arrest” when expressing “love for their partners.”

“This sometimes led to depression, suicidal behaviour, alcoholism or substance abuse,” he said.

Botswana is one of only a handful of African countries to have decriminalised homosexuality.

Others are Lesotho, Mozambique, Angola and the Seychelles.

South Africa enshrines gay equality in its constitution, and legalised same-sex marriage in 2006.

The Barron’s news department was not involved in the creation of the content above. This story was produced by AFP. For more information go to AFP.com.