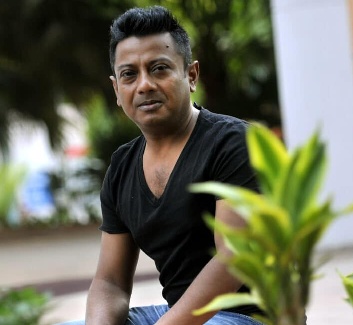 A gay Bollywood’s director has blasted the Indian government’s decision to ban his film about a gay army officer.

Onir, born Anirban Dhar, is best known for Mr Brother…Nikhil, one of the first mainstream Hindi films to explore HIV and same-sex relationships.

Inspired by the real-life story of gay retired army officer Major J Suresh, who quit the forces over his sexuality, the filmmaker has proposed the film We Are.

But India’s Ministry of Defence has allegedly blocked his efforts over its “illegal” depiction of queer soldiers, given that LGBT+ personnel cannot serve openly in India’s armed forces, NDTV reported.

For Onir, the government has exploited a requirement introduced two years ago that demands filmmakers to be granted clearance from the defence ministry to produce films concerning the armed forces.

He told The Independent that the government did not award his script a No Objection Certificate, having applied in December.

“Which itself is problematic,” Onir told the British newspaper, “because India has a film-certification board that should be doing this work.”

Onir received a terse email from the government agency after sending the script for approval, he claimed.

“I wanted to do something which celebrated it while also highlighting the way forward in terms of securing civil rights and changing societal perceptions [of the queer community],” the 52-year-old said.

We Are, the forthcoming sequel to Onir’s 2010 movie, I Am, is to be an anthology film of our queer romances that commemorates the Supreme Court’s milestone 2018 verdict that, at long last, decriminalised homosexuality.