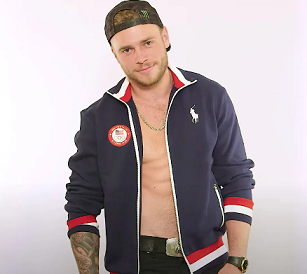 At least 34 out LGBTQIA+ identifying athletes are heading to the 2022 Beijing Winter Olympic Games next month, reports OutSports. The figure is at least double the amount that competed in 2018, with the majority of out athletes now being men.

The athletes will compete in nine different sports including 12 in ice hockey, 10 in figure skating, and 10 other athletes competing across skating, ski and snowboarding events. Canada and the USA are sending the largest LGBTQIA+ contingent, with 10 and 6 athletes respectively.

For snowboarder, Sarka Pancochova, this will be her second Olympics as an out athlete, and she hopes to use her profile as an out Olympian to help the fight for marriage equality in her home country of the Czech Republic. She says, “It’s always an honour to be able to represent my country at the Olympics, and also represent the LGBTQ community and push for gay marriage in Czech Republic… it has been on my mind constantly!”

British figure skater, Lewis Gibson, says that it’s a, “privilege to feel part of a community, and one that is pushing boundaries like no other.”

In 2015, Gus Kenworthy shattered the glass (ice?) ceiling for many LGBTQIA+ athletes becoming one of the highest profile athletes in winter sports to come out, after he won silver in the 2014 Sochi Winter Olympics. Since then, Kenworthy has become an advocate for HIV/AIDS awareness, raising almost $US 250,000 in a seven-day fundraising bike ride from San Francisco to Los Angeles in 2019. Kenworthy will compete in this year’s Games, but will represent Great Britain, as a way of honouring his British mother.

This year’s Winter Olympics follows in the footsteps of the 2020 Tokyo Olympic Games, that set a record for the most publicly out LGBTQIA+ athletes competing. It’s estimated that at least 181 out athletes completed in the Games, from over 30 different countries worldwide.

In last year’s Games, ‘Team LGBTQIA+’ finished up 7th overall in the medal tally, with LGBTQIA+ athletes winning 33 medals overall, 11 of these gold.