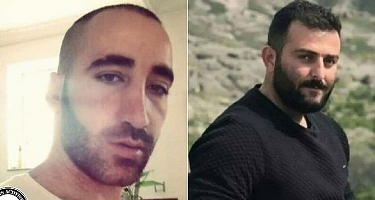 Mehrdad Karimpou and Farid Mohammadi have reportedly been put to death after first being arrested six years ago.

Iran has executed two men on charges of sodomy, according to reports from local media and human rights groups.

Mehrdad Karimpou and Farid Mohammadi are reported to have been killed in the Maragheh prison in northwestern Iran, having been imprisoned there since their arrests six years ago.

Iran operates under strict Sharia law, which forbids any type of sexual activity outside of heterosexual marriage. Same-sex sexual activity is punishable by imprisonment, corporal punishment, fines, and in some cases death.

The Human Rights Activist News Agency (HRANA) is reporting that the two men were arrested over “sodomy by force”. HRANA also says the executions have yet to be reported by the country’s state-run media.

It says stats from the Iranian Association of Human Rights Activists suggest that at least 299 citizens were executed between 1 January 2021 and 20 December 2021, with another 85 were sentenced to death.

Karmel Melamed, a journalist covering Iran has tweeted: “The Ayatollah regime in Iran just executed two gay men for the crime of sodomy in Iran. This is Mehrdad Karimpour and Farid Mohammadi who were executed by hanging. Where’s the outrage from @StateDept @SecBlinken @glaad & other LGBT groups in U.S. to this horrific crime?! #No2IR”

Tatchell also told The Jerusalem Post that “The execution of these men follows a long-standing regime policy of the state-sanctioned murder of gay men, often on disputed charges after unfair trials that have been condemned by Amnesty International and Human Rights Watch.

The International Lesbian, Gay, Bisexual, Trans and Intersex Association (ILGA) which also records incidents where men have been executed for charges relating to homosexuality lists that in 2019, a 31-year-old man was publicly hung while a teenager was hung for allegedly raping another teenager despite protesting the acts were consensual.