Learn about the Chinese LGBTQ community with OutChina 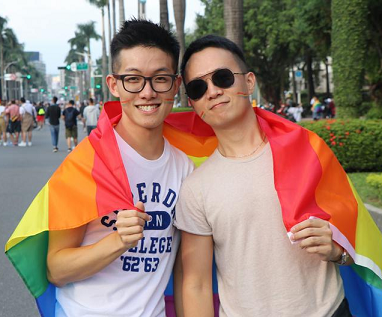 The 2022 Beijing Winter Olympics begin on February 4, with the opening ceremony and Parade of Nations taking place early Friday morning US time. More than 30 out LGBTQ athletes will be competing at these Winter Games, a record-breaking number twice that of the 15 out athletes that competed at the 2018 Pyeongchang Olympics. This will also be the first time China has hosted the Winter Olympics.

LGBTQ activism in China is led by strong, passionate communities fighting for social acceptance, civil rights, and cultural empowerment, not to mention the rich history of LGBTQ+ culture and relations dating back to China’s dynastic period. Contemporary LGBTQ advocacy gained prominence in the 1990’s, with activists fighting to de-stigmatize HIV/AIDS. Homosexuality was also decriminalized in 1997 and declassified as a mental illness in 2001. However, there are no comprehensive LGBTQ legal protections or marriage equality in mainland China– Taiwan became the first in Asia to legalize same-sex marriage in 2019. Advocacy organization OutChina offers stellar introduction to the past and present status of LGBTQ China titled, “Introduction to China’s LGBT in 4 minutes”: