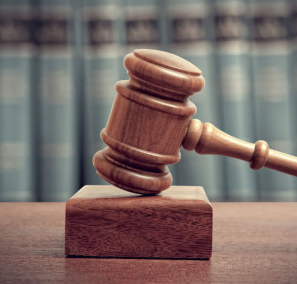 Cape Town-based outreach organisation, Triangle Project, believes that this is a landmark case as one of their first-ever successful convictions in the rape of a gay male.

Saya Pierce-Jones | a day ago

The following story contains details of a violent crime.

CAPE TOWN – LGBTQI+ activists will be keeping a close eye on the courts on Monday, as the sentencing for a group who gang-raped a gay man gets under way.

Cape Town-based outreach organisation, Triangle Project, believes that this is a landmark case as one of their first-ever successful convictions in the rape of a gay male.

Triangle Project’s Sharon Cox said that they’d seen an increase in the number of gay men and transgender women who’d been attacked, raped or killed for their identity, especially in rural Western Cape.

Cox said that one of those victims, who survived being gang-raped near Worcester, was set to see justice delivered on Monday.

“A young gay man, gang-raped by three straight men, and all three have been found guilty of kidnapping and rape, which is a great win for us. We’ve had these cases before and we’ve never had success with them. This is the first time that we have a guilty verdict in a gay male rape,” Cox said.

Despite the judicial victory, the presiding judge will not be able to sentence the trio for their hate crime, given that the 2018 bill is still waiting to be signed into law.

Queer rights activists have once again called on Parliament and the Justice ministry to expedite the process so that those who commit crimes against the LGBTQI+ community are held accountable.

PrevPreviousAfter two years of closed borders, Australia welcomes the world back
NextSweden: Majority of COVID-19 restrictions to be removed on 9 February 2022Next