In a first, an LGBTI+ association’s representative elected to the İstanbul City Council 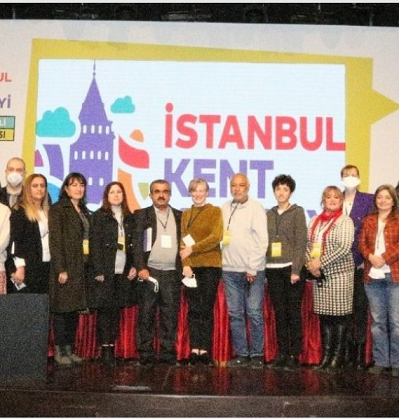 In a first, an LGBTI+ association’s representative elected to the İstanbul City Council

A representative from the Social Policy, Gender Identity and Sexual Orientation Studies Association (SPoD) has been elected to the steering committee of the İstanbul City Council of the İstanbul Metropolitan Municipality.

Elected to the Steering Committee in representation of the SPoD, Political Participation Field Coordinator Zarife Akbulut has spoken to Yunus Emre Demir from Kaos GL regarding the importance of city councils and the opportunities of cooperation that they offer in the civic sphere.

At this point, Zarife Akbulut has emphasized that “it is only possible to render democratic participation mechanisms functional by ensuring that the city councils comprise all social identities in the city.”

“What we aim with our participation in city councils as the SPoD is to meet such a need,” she has explained, briefly adding:

“Being a part of structures such as city councils means making the problems experienced by LGBTI+s as subjects of rights in the city visible, to recall that LGBTI+s are part of all these mechanisms as equal citizens of cities and to enable us to be in contact and in relation with local authorities for the resolution of our urban problems that differ as LGBTI+s. […] Our primary aim is to ensure that LGBTI+s take a more active role in city life.”