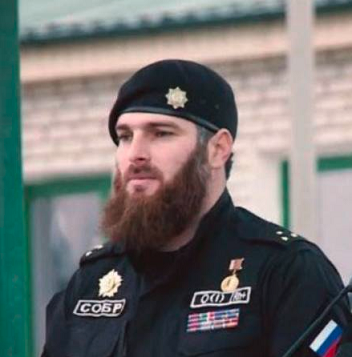 Magomed Tushayev, one of the leaders behind the horrific “gay purge” in Chechnya, has been killed in Ukraine.

Tushayev was a top advisor and military commander for Chechen leader Ramzan Kadyrov, and helped oversee a brutal so-called “purge” of LGBT+ people in the region since at least 2017.

He was reportedly killed while heading up the 141 motorised regiment of the Chechnya National Guard on Saturday (26 February), the Ukrainian news agency the Kyiv Independent reported.

Tushayev’s death was confirmed by Illia Ponomarenko, defence reporter for the Kyiv Independent, and by a spokesperson for Ukrainian president Volodymyr Zelensky, according to the Los Angeles Blade.

Kadyrov announced on Saturday that Chechen units were in Ukraine and had not suffered a “one single casualty or wounded” fighter, Reuters reported. He also claimed that any forces that contradicted him were false reports from Ukrainian sources.

“The president [Putin] took the right decision, and we will carry out his orders under any circumstances,” said Kadyrov.

Russian forces continued to wage war in Ukraine on Monday (28 February). Rockets struck buildings in the eastern city of Kharkiv, killing dozens, while large explosions have been heard in the capital of Kyiv.

Talks between Russian and Ukranian delegations took place on the Belarus border. Ukraine said it was seeking “an immediate ceasefire and the withdrawal of Russian forces”, however talks ended inconclusively.

It came after Putin raised Russia’s nuclear readiness, a move that sparked further economic sanctions and widespread condemnation. The move does not mean that Russia is currently intent on launching nuclear weapons.

Sources with Russian human rights groups told the Los Angeles Blade that Magomed Tushayev played a part in Chechnya’s systemic violence against the LGBT+ community as recently as May 2021.

They specifically mentioned an incident in which Ibragim Selimkhanov, a gay man, was abducted by four men near a subway station in Moscow’s Novogireyevo District. The men forced Selimkhanov into a car, took his belongings, drove him to an airport and flew him against his will to the Chechen capital of Grozny.

After a few days in custody, Selimkhanov was freed by his captors and managed to escape back to Moscow.

Several refugee reports have emerged describing the horrific violence under Kadyrov’s regime despite his denials that any anti-LGBT+ crackdown has ever happened.