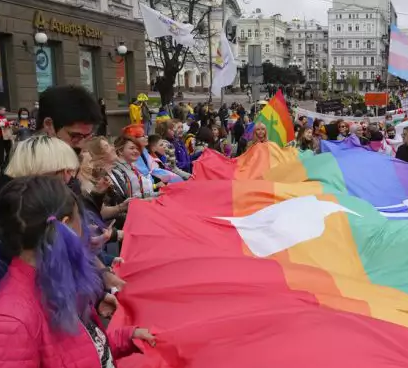 Ukrainian gay rights activist tells Israel Hayom that members of the community who found the soldiers beat them and took them captive. “We are fighting a tyrannical, homophobic enemy.”

A group of Russian soldiers gone AWOL picked an unfortunate place to hide, reports out of Ukraine said Sunday afternoon.

Viktor Pilipanko, a Ukrainian LGBTQ rights activist who alerted Israel Hayom to the story, said, “This is our war, the Ukrainians, but we have also been fighting as LGBTQ people, and I’m sure that the comrades in Kharkiv understood that.

“We are confronting a tyrannical, homophobic enemy,” Pilipanko said.