The Andy Warhol Diaries Trailer Is Here, Queer, and Like Its Subject, Utterly Compelling 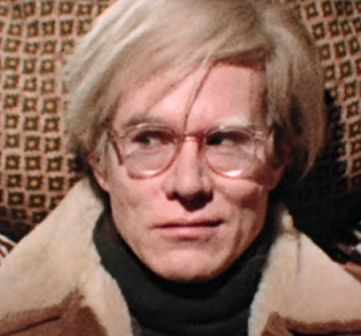 Andy Warhol has always been an enigma, but that’s part of the charm. But the new Netflix series The Andy Warhol Diaries sets out to illuminate the man behind the mystery through interviews with friends, collaborators, fans, and by means of his own words from his diaries.

The series comes from executive producer Ryan Murphy and director Andrew Rossi. “This breathtakingly expansive, six-part portrait of a legend chronicles the remarkable life of Andy Warhol from the intimate vantage point offered by the artist’s own posthumously published diaries. Beginning with his childhood in Pittsburgh, the series traces Warhol’s almost unbelievably diverse journey fluidly moving between mediums and through eras as an artist — both revered and reviled — director, publisher, TV producer, scene maker, celebrity, and much more,” reads the synopsis.

Another voice telling the story is Warhol’s own — after a fashion. To bring Warhol’s voice to life, the filmmakers used cutting-edge A.I. technology, Rossi explained to Entertainment Weekly. The director worked with Resemble AI to use its text-to-speech algorithm, which was capable of recreating Warhol’s native Pittsburgh accent and cadence. Actor Bill Irwin recorded the lines and his performance was combined with the digital voice to create a facsimile of Warhol’s voice.

Warhol was very guarded and private about parts of his life, which is why Rossi was so drawn to exploring the artist through his diaries. “To fully appreciate the radical vulnerability that Andy shares in the Diaries, I felt that we needed to hear the words in Andy’s own voice,” he told EW.

Rossi was also keen to explore parts of the artist’s life that are typically left less examined, and not just focus on the ’60s-era Warhol who ran the Factory. “The Diaries reveal Andy’s romantic longings and spiritual side as a living, breathing gay man,” Rossi says. “I wanted to weave together Andy’s words and images to explore how that emotional life is reflected in the artworks he created during his last decade.”

Ultimately, Rossi’s desire is to make Warhol the man more accessible. “My goal is for this collage of art and journalism to depict sides of Andy you’ve never seen or heard before,” he said. “I try to bring iconic subjects down to earth and understand them on a human level.”

The Andy Warhol Diaries premieres on Netflix on March 9. Watch the trailer below.