‘To My Girls’ Off Broadway Review: JC Lee Updates ‘The Boys in the Band’ for Millennial Gay Men 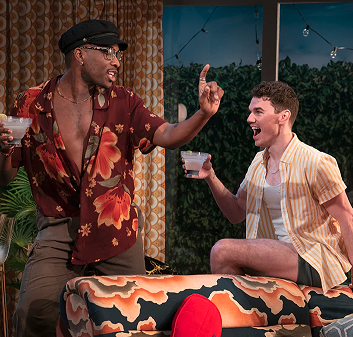 Maybe every generation needs its own “The Boys in the Band.” For a while there in the 1980s and ’90s, some playwright attempted to reinvent Mart Crowley’s formula every other theater season: A bunch of gay guys throw a party or rent a house in the country/Fire Island/the Hamptons. Terrence McNally’s “Love! Valour! Compassion!” was the most noteworthy example of the genre.

Right before the pandemic, Matthew Lopez’s “The Inheritance” provided the most expansive take on “Boys,” creating a whole gay-male community that lived beyond one night or a weekend. Most startling about “The Inheritance” is how the flamboyant Emory character from “Boys” populated and took over that new all-gay world.

In 2010, on the 40th anniversary of the “Boys” film, director William Friedkin said the only thing he wished he could change was Cliff Gorman’s Emory, a performance he admired but now found a little over the top.