Your Son Will Come Out Tomorrow: Randy Rainbow’s Memoir of Love, Turmoil and Trump 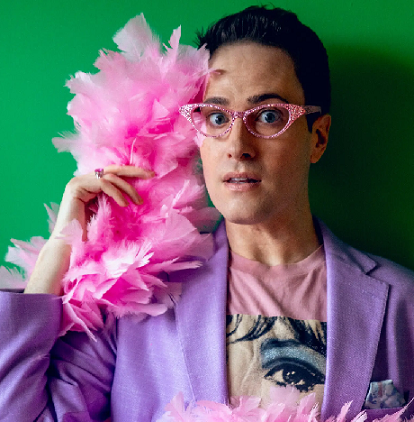 Rainbow made the nation laugh by setting witty political commentary to Broadway tunes. Now he has a memoir on his rise from theater kid lip-syncing in his bedroom to social media star.

When your name — your actual name — is Randy Rainbow, your career choices are limited. Bank president? Mafia don? Nope. Neurosurgeon? Probably not. If Tom Brady had been named Randy Rainbow, instead of heading to the N.F.L. Hall of Fame he might be banging out show tunes at a Chelsea piano bar.

So perhaps this fellow’s path was preordained: Rainbow, 40, is a breakout YouTube star. His videos adroitly mixing comedy, satire and musical theater have been viewed half a billion times; his “Pink Glasses Tour” has been crisscrossing the country for the past year; and in certain circles, trying to anticipate what news story will get his attention next is the parlor game. (Current Twitter favorite: Tucker Carlson’s, uh, unusual approach to increasing testosterone levels.)

And now here comes the memoir, “Playing With Myself,” published this week by St. Martin’s Press, about his rise from introverted teenager lip-syncing in his bedroom to social media star.

Randy Rainbow and I are day-drinking at Joe Allen’s, a Broadway hangout, while dissecting his Bumble profile. Recently Rainbow was thrown off Tinder; he has no idea why. I offer my theory: maybe he got reported for impersonating that online celebrity, Randy Rainbow? “Oh!” he says, a little pleased. I gently suggest that being a public figure on a dating app has its risks. “Why, what’s going to happen? he says, nibbling his martini olive. “I mean, it’s not gotten to the point where I have to be worried about sex tapes …” then, with perfect comedic timing, “God willing, it gets there.”

PrevPreviousCould DNA be linked to Premature Aging in Cancer Survivors?
NextRonan Farrow: How Democracies Spy on their Citizens | Amanpour and CompanyNext