‘Super bright’: Stars align as Venus and Jupiter set to light up the sky 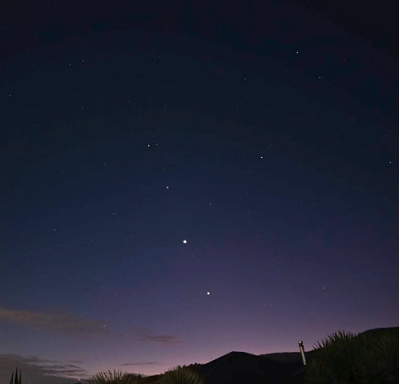 Australia: Early risers on Sunday will be treated to a rare planetary phenomenon – if the skies are clear.

For the next month or so, four planets will be in alignment: Saturn, Mars, Venus and Jupiter. But in the predawn eastern sky on Sunday, Venus and Jupiter’s positioning means they will appear together as one bright light.

Dr Brad Tucker, an astrophysicist at the Australian National University, said the alignment was “a really cool and special thing”.

“Venus and Jupiter will appear as one object. It will look like they’ve merged into one – they’re not social distancing or anything,” he said. “It will kind of merge into this super bright thing.”

Tucker said between 5 and 5.30am AEST was “the sweet spot” for the best time to glimpse the phenomenon because Jupiter would be above the horizon by then, and it will still be dark enough before the sun begins lighting up the sky.

“Jupiter is pretty low around 5am. If you hold your fist at arm’s length, Jupiter is about two fists above the horizon, and they go up higher from there,” he said. “Neptune is there too, but it’s too faint to see with the naked eye.”