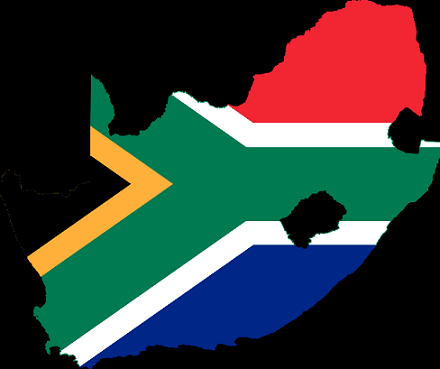 There has been a spate of articles in the media recently calling for South Africa to embrace a developmental state.

The articles have called for learning from the developmental states of Southeast Asia (notably: Singapore), to even learning from the Apartheid economic system. But what all these articles are essentially asking is for the government to not only intervene more in the running of the economy, but to centrally plan it.

A developmental state is, simply, a state that deliberately attempts to develop its economy. But typically this is linked to a school of thought called developmental economics. While not always, this school calls for increased government intervention, planning and even direct participation in the economy.

The 20th century alone should serve as a cautionary tale against central planning specifically, and developmental economics in general. The central planning of agriculture in the Soviet Union and Communist China resulted in the deaths of over 5 million people in the Soviet Union, and over 36 million people in China – on conservative estimates. That is from starvation alone – not including government purges, disease due to lack of access to quality healthcare, and the epidemic of slave labour camps that kept these centrally planned economies afloat.

Central planning didn’t only fail in these communist giants. It has also failed to achieve good results in mixed economies. Brazil embraced developmental policies that restricted imports and protected industries against foreign competition to grow a vibrant local economy. Instead, the industries built by this government intervention became bloated and unable to ever really compete with foreign markets. It was ultimately unsustainable.

Redge Nkosi has argued that, among other things, South Africa should take inspiration from the Apartheid developmental state. Rather, we should learn from its failure. The central planning of Apartheid saw the majority of the population used as cheap, borderline slave labour, created an unsustainable and socially cruel migratory work culture, and was fundamentally built on the exclusion of many for the benefit of a few. It is neither a moral nor practical example to follow.

Apartheid didn’t create a robust economy that served a minority; it created a weak economy that could only serve a minority. Copying it and taking inspiration from it is the opposite of what SA needs.

But what about the Southeast Asian tigers, the oft-mentioned success stories of developmental economics? Singapore is used by Nkosi and other authors as a positive example of an authoritarian state that achieved growth through central planning.

As of writing, Singapore is #1 of 177 countries in the Heritage Foundation’s Economic Freedom Index – an index that tracks the ease of doing business, protection of property rights and other factors that effectively measure how non-interventionist a state is.

It is true that Singapore can be described as authoritarian in some respects. Its ruling party can be heavy-handed, draconian and has been known to use underhanded tactics against political opponents. But none of this is in anyway Leninist, as described by the author, or socialist.

Singapore was deliberately capitalist, not socialist. It used the heavy hand of the state not to centrally plan the economy, but to eliminate anti-market influences. Unions were restricted, Communist political organisations were harassed, and free market enterprise was given the leeway and support needed to succeed.

Singapore’s authoritarian policies are nothing to admire, but what we can admire is its dedication to supporting a free market.

Not only is Singapore a tiny country that cannot be compared to South Africa – the claim that it found success through central planning is also patently false.

The same can be said of Japan and South Korea. After World War 2 both countries had economic planning boards and experienced rapid growth. But an analysis of their economic history can see that they succeeded despite government planning, rather than because of it.

Japan’s planning board wanted the country to become a leader in heavy industries such as steel and coal. These industries received targeted subsidies, protection and other aid from the state. Other industries, such as automobiles and consumer electronics, were identified as ‘wastes’ of resources by the planning board. They did not receive preferential treatment and in fact had to compete with targeted industries for resources and capital. The government even attempted to forcibly merge automobile companies together!

All this failed. Japan is not known as a steel or coal producer, as the developmental state wanted. Rather it has developed into a rich innovator in automobiles and electronics, despite government intervention, not because of it. South Korea tells a similar story.

So, if their success was despite government intervention, not because of it – what actually leads to success?

Japan and South Korea both embraced free market policies, even with the ill-thought planning boards. Their economies benefited from robust corporations that predated the planning boards. And favourable interest rates and a savings culture led to huge capital accumulation – that helped with access to start-up and growth capital for firms.

South Africa does not need central planning. Do we really want the same government that runs Eskom, SAA and basic service delivery to play around with our businesses and livelihoods? Central planning failed the majority of South Africans during Apartheid. It is attaining the same results today.

What we need is to deregulate, to increase the ease of doing business, to secure property rights against expropriation, to encourage saving and capital accumulation, and above all, work towards a true free market in South Africa.

Source: This article was first published on Businesslive.co.za on
18 April 2022