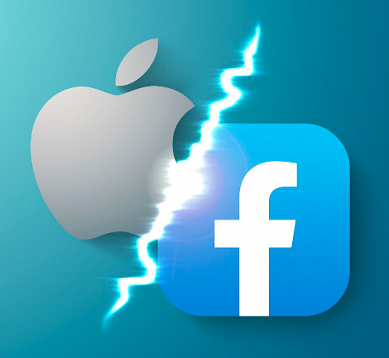 Apple just dealt a new blow to Facebook with the release of some surprising information about iPhone ad targeting.

Over the last few years, the iPhone maker and Facebook have been embroiled in a bitter row over privacy. Things ramped up after the launch of Apple’s App Tracking Transparency (ATT) feature in iOS 14.5, which limits the data Facebook can collect by giving iPhone users the option to opt out from tracking.

And opt out they have—Facebook could lose more than $12 billion as a result of the iPhone privacy features.

But some people have accused Apple of introducing ATT in a bid to boost its own advertising. The iPhone maker strongly denies this and has even commissioned a whitepaper to demonstrate its commitment to a privacy-preserving world.

Apple has always maintained that it’s possible to target iPhone users with ads, but without collecting a ton of personal data. It goes against the ethos of Facebook, and of course the other tech giant Google—which is introducing its own cookie replacement, Topics.

Apple has now delivered some surprising news that backs up its claims about private ad targeting. In a pitch to advertisers seen by AppleInsider, the iPhone maker revealed that non-targeted ads are just as effective as those that use first-party data.

As an aside, the toggle is located in Settings > Privacy > Apple Advertising in case you want to check yours now.