The LGBTQ People Leaving London and Other Cities 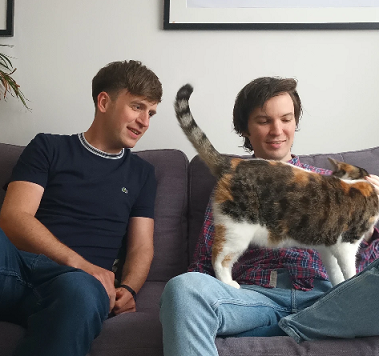 Big cities are commonly thought to be safer and more supportive places for LGBTQ people – but that isn’t necessarily the case.

In July 2020, my complex 15-year relationship with London came to an abrupt end. The big, smelly smoke is a cold-hearted bitch but ultimately, it was the most supportive bitch I’d ever been with. Like many LGBTQ+ people, I’d migrated there from my hometown looking for an escape and, at the risk of sounding wanky, to “find myself”.

I moved from Hull, aged 20, because my dead-end, suffocating existence was causing me to sleepwalk through life. I needed to rid myself of childhood trauma and thought I could just chuck it behind a chippy somewhere, before starting afresh in a place that would welcome and accept me.

A 2017 survey compiled by the Office for National Statistics (ONS), which for the first time mapped the UK’s LGB population (data for transgender and other parts of the community were not compiled) found the majority of responders resided in the capital, with Manchester and Brighton and Hove, predictably close behind. The data was based on 560,000 individuals and gathered via confidential phone or in-person interviews, over the course of three years.

But can we only feel safe and live authentically in big UK cities like these? After leaving London via Herne Bay in Kent at the height of the pandemic, I returned to my hometown of Hull, husband in tow, last November. It offered cheaper housing and a way for my husband and I to finally save up to have kids. I thought I’d drained London of everything it had to offer, but was I a freak of nature for leaving it all behind?

Geographer Gavin Brown, a visiting professor at the University of Sheffield and University College Dublin’s USD School of Geography, says that the LGBTQ+ community migrate to larger cities because they are “imagined as being safer and more supportive places, in part, because they tend to have more diverse populations and people who are marked as different tend to stand out less”. I can massively relate to this, enjoying the feeling of anonymity that London afforded me after years of essentially feeling like a circus freak.

Big city life isn’t for everyone though. Elis Blake, a 28-year-old transgender queer-identifying man who grew up in Essex, tell me that, “everyone lives so far away in London, so you feel really isolated even though you’re surrounded by all these queer people.” Distance wasn’t his only obstacle in meeting other LGBTQ+ people, as he explains that social anxiety also played a role, preventing him from ever enjoying London and finding his “group”. It wasn’t until he too made the move to Hull, last July, that Blake was finally able to do this. “I’ve made friends through Facebook groups. I’m a vegan as well and all the vegans in Hull know each other, hanging out in a café that is accidentally queer.”

Manchester is known as being a major draw for the LGBTQ+ community, thanks largely to the city’s historic Canal Street, brought to widespread mainstream attention in 90s TV show, Queer as Folk, which – like a little perve – I devoured as a teenager. Joe Stafford, a 37-year-old cis gay man, moved to the city at 22. It was here that he really connected with other LGBTQ+ people after he started the city’s first gay indie club night. “Manchester is the sort of place where you get sustabsets of the community, like those who’re into guitar music, rather than dancing till 6AM.”