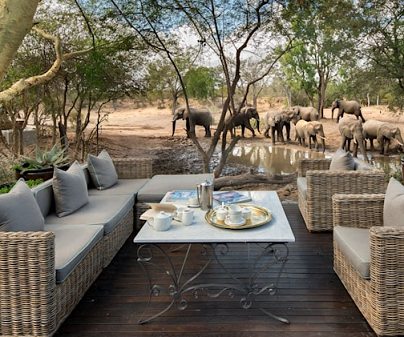 Whether it’s your first safari or your 15th, a little planning goes a long way.

From overcoming African travel myths and understanding each country’s typical safari offering, to deciding between public parks and private reserves, learning the safari lingo and packing like a pro, consider this your one-stop-shop for all things safari.

Do your research, pack light, dress the part, bring a sense of adventure and leave the diet at home. As they say in Swahili, safari njema, have a good journey.

Which safari are you?

From national parks to private reserves, there’s a safari for all tastes, budgets and interests…

Going on safari is unequivocally one of the most unforgettable, put-it-at-the-top-of-your-bucket-list kind of travel experiences. If you haven’t been on safari, you haven’t experienced Mother Africa in all her arresting beauty and unexpected drama.

To say that a safari is life-changing seems trite, but the experience truly does open the mind, captivate the imagination and change one’s perspective. The sights, the sounds, and indeed the smells swirl together in the most captivating and intoxicating way, and Africa’s iconic land, wildlife and people—formidable in every way—win even the hardest of hearts.

The beauty of the African safari is that no two places, no two days and no two game drives are ever the same. Expect the unexpected, always. One day might have you clambering out of the vehicle to inspect the delightfully slow gait of the cautious chameleon or the showman strength of the dung beetle. The next day, could see you in hot pursuit of a pack of African wild dogs on the hunt, or holding your breath as a powerful male lion saunters past. You’ll witness life, possibly death, humour and heartache, and it will leave you wanting more.

The good news is that the African continent is enormous. To put it in perspective, Africa is roughly three times the size of the United States, so don’t try to fit everything into one trip. Africa gets into your soul. There’s no denying you’ll be back, so rather focus on one country/region at a time to experience its unique charms, cultures, creatures, flavours and more.

How to plan the perfect safari

So, which safari are you? Do you seek that classic Out of Africa ambience on the timeless plains of East Africa? Are you keen to get off-road and get up close and personal with Africa’s wildlife? Do you want to go on a nature walk or lounge by your private pool? And how will you conclude your safari—with a foodie adventure in the winelands, an unapologetically lazy island escape or an upbeat city immersion? Choose your own adventure; there’s a safari type for all tastes, budgets and energy levels.

If this is your first safari, the planning, right down to the packing, can be daunting. First-time safari goers have so many (valid) questions. Which country is the best safari destination? How long is the ideal safari? What do you wear on safari? How do I pack for safari? Will my children be safe on safari?

No question is a silly question. From beginner guides, traveller myths and packing lists, to useful safari lingo, wildlife collective nouns, and even what not to bring, we’ve got you covered. Consider this your one-stop-shop for all things safari.

The first safari hurdle is deciding whether you’d like to explore the public parks or private reserves. Each offers a different experience, and there are pros and cons to both, so let’s break it down.

The public parks and national reserves are government-owned and managed. They have dedicated opening and closing times and allow both guided and self-drive safaris. Off-roading is not permitted in public parks and not only are there a lot more vehicles in these parks, the number of vehicles at any given wildlife sighting cannot be controlled.

Whereas the private reserves are obviously privately-owned and managed. There are far less vehicles, fewer people and there are strict wildlife viewing procedures with a limited number of vehicles permitted at each sighting. While guests can arrive as self-drive, the safari itself is guided, in dedicated safari vehicles that are permitted to off-road for specific sightings. Private reserves, by nature, offer many activities not permitted in national parks, such as guided nature walks and after-hours night drives.

So, if you’re looking for a more flexible, rustic, budget-friendly, self-drive safari experience, then opt for a rest camp or lodge in a public park. From the world-famous Kruger National Park in South Africa to the Serengeti National Park in Tanzania, there are countless options. However, if you’d prefer a more exclusive experience, and have the budget to spend on a more private safari, then opt for a responsible safari operator within a private reserve.

Now that you’ve determined whether you’d prefer a self-drive or a guided safari within a national park or a private reserve, and you have selected either self-catering accommodation or a luxury lodge (and/or under canvas experience), the next decision is which country to safari in.

Among the 54 countries on the African continent, 9 are world-renowned safari destinations, each offering a distinctly different safari adventure. Although there is no definitive cookie-cutter safari per country—each offers many variations—here’s a general overview.

South Africa’s reserves, which are typically bushveld terrain, are home to the Big Five (and among them, some of the world’s most habituated leopards).

Guests usually opt to spend quality time in one or two lodges, and there are both road and air transfers between most properties and reserves.

These guided safaris typically consist of twice-daily game drives (in open 4×4 safari vehicles) in and around the lodge, with the freedom to off-road for specific wildlife sightings.

While there are private concessions in East Africa, safari enthusiasts typically flock to Kenya and Tanzania to witness the tree-dotted plains of their world-famous national parks: the Masai Mara and Serengeti.

These seemingly limitless, unfenced reserves are home to the Big Five and prolific, year-round game, as well as the famed Great Migration. Neighbouring Uganda and Rwanda are of course home to chimpanzees and the ever-popular gorilla trek.

Generally more time is spent on the safari vehicles in East Africa, with guests often enjoying full-day drives in semi-open 4×4 safari vehicles (with luxurious picnic lunches) to cover vast distances and terrains or to maximise their time with the Great Migration.

Although these national parks attract more people and off-roading is not permitted, the higher density of vehicles is complemented by the sheer expanse of the landscape and high density of wildlife.

Once safari goers have experienced the quintessential South or East African safari and they’ve been relentlessly bitten by the safari bug, Southern Africa boasts a host of unique safari experiences not to be missed.

From Botswana’s land and water-based game viewing to Namibia’s desert, bush and coastal explorations, to Zambia’s celebrated walking safaris and Zimbabwe’s adrenaline-infused safaris in and around the thunderous Victoria Falls—adventure abounds.

Safari goers can witness the mighty elephant herds of Chobe National Park, the Namib Desert’s challenging-to-find Sossusvlei Seven, the jaw-dropping sunrises and sunsets of the Okavango Delta, or the dreamy desert dunes that touch the ocean on the Skeleton Coast. They can float in a mokoro (dugout canoe) or a hot air balloon, and they can gaze up at one of the world’s darkest skies permeated by an infinite blanket of twinkling stars.

There is a safari for everyone. And whether it’s your first safari, or your 15th, there will be magic. Mother Africa never disappoints.