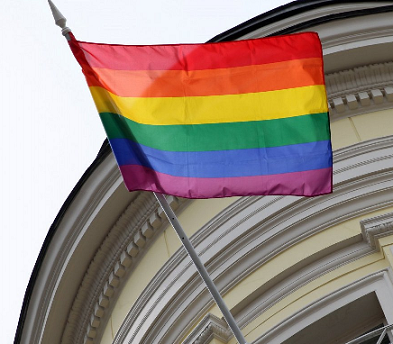 The Administrative District Court has issued a first judgment ruling that found “the existence of a public legal relationship” in a same-sex couple, namely, that there is a family relationship between applicants within the meaning of Article 110 of the Constitution, the court told LETA May 31.

The first sentence of Section 110 of the Constitution states that the State shall protect and support marriage – a union between a man and a woman, the family, the rights of parents and rights of the child.

In examining the case in question, the court concluded that the State has still not fulfilled its duty, namely, neither the Law on the Registration of Civil Status nor any other law has the legislature determined the relevant legal framework – the Saeima has only reached the second reading in viewing the draft Civil Union Law.

Thus, “in order to ensure the effective implementation of the Constitution and human rights”, the Court satisfied their application in the light of the applicants’ willingly and directly expressed desire to maintain family relations with each other.

The judgment may be appealed to the Administrative District Court within one month from the date of its delivery.

Former President of the Constitutional Court, Sanita Osipova, told Latvian Radio that ‘unfortunately, it appears that in Latvia the question regarding the recognition of a same-sex couple as a family will be handled more quickly through the judicial system rather than through changes to regulatory enactments’.

“The judicial system has been working on this for a very long time. And you have to understand that same-sex couples started to defend their rights in the Administrative Process many years ago,” Osipova said.