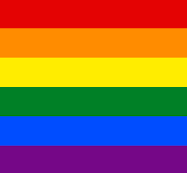 In a tweet Thursday morning, the U.S. Embassy in Kuwait celebrated the start of Pride Month, sharing a message from President Joe Biden in support of LGBTQ rights.

“All human beings should be treated with respect and dignity and should be able to live without fear no matter who they are or whom they love,” the tweet read, quoting Biden.

The president, the embassy said, “is a champion for the human rights of #LGBTQI persons.”

In the hours after the post went up, the Kuwaiti ministry of foreign affairs rejected the sentiments shared in the tweet, saying it had summoned Charge d’Affaires James Holtsnider and given him a memorandum disavowing the post.

The memorandum stressed “the need for the embassy to respect the laws and regulations in force in the State of Kuwait and the obligation not to publish such tweets,” the foreign ministry said, pointing to the Vienna Convention on Diplomatic Relations of 1961, which provides a framework for diplomatic relations between states.

In Kuwait, same-sex sexual activity between men is criminalized, with sentences including a maximum penalty of seven years imprisonment, according to Human Dignity Trust, a nonprofit organization based in London.