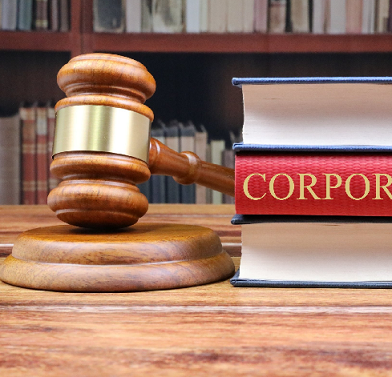 Since the Legal Practice Act of 2014 came into operation, a change came about in the legal community that is unnoticeable on the surface, but which will have significant consequences over time.

Prior to the Act coming into operation, the advocates’ profession regulated itself according to its own institutional ethos and the standards set by its members. Now, the profession is ultimately controlled by the Department of Justice (DoJ), through the Legal Practice Council (LPC).

The Act, on its face, seems innocuous, as does the Council. Many will argue that the Council is simply a professional regulatory body, as found in other professions – no harm, no foul. However, the long-term implication of bringing the advocates’ profession under the ultimate direction of the DoJ is striking.

Judges in South Africa are almost exclusively drawn from the advocates’ profession, after they have had many years of practice, and often many years of being acting judges.

Judicial impartiality is a hallmark of any legal system worth its salt. Prior to the advent of constitutionalism, the State could conduct itself as it pleased – the law applied only to subjects, not to the sovereign. Constitutionalism meant that the limits of law also applied to the sovereign, and as such had to be enforced upon the sovereign. The judicial branch of government received new importance as it filled this role.

No judge could fulfil this role appropriately if they were conditioned to see things through the prism of statism, or whatever ideology is in vogue among the ruling elite at a given point in time. To keep government to account, judges must be independently minded – or at least as independently minded as we could hope to get them.

Indeed, it used to be a staple of South Africa’s legal-academic discourse during the 1970s and 1980s to criticise the judiciary’s “executive-mindedness.” Led primarily by Professor John Dugard, these “legal realists” understood that judges are not automatons that are coded to be guardians of law but are normal people who are products of their upbringing, their circumstances, and the social and political influences brought to bear upon them.

Thus, a judge whose only lodestar is the law does not exist, but if society hopes to preserve constitutionalism and the rule of law, it must try its darndest to cut away as many dangerous influences and pressures upon the judiciary as it possibly can.

For one reason or another, the legal realist insight from the 70s and 80s has disappeared from the discourse. It is as if many people, legal academics included, thought that the adoption of the Constitution in the 1990s was akin to waving a magic wand that turned judges into wise sages without fear, favour, or prejudice. Professor Koos Malan has been a lone voice in continuing the realist tradition with academic rigour in the new South Africa.

Malan has astutely pointed out that judges have already come under the ideological sway of the political elite, long before the Legal Practice Act was adopted.

Indeed, the ideological independence of the judiciary has long been indirectly undermined by the Judicial Service Commission. Firebrand politicians with no inkling of what is and is not judicially relevant, and preoccupied with racial identity, have been explicit about nominating candidates to the courts for superficial reasons without regard to those candidates’ legal philosophies.

But the Legal Practice Act’s long-term effects will add to this already condemnable situation.

South Africa still has exemplary judges – without a doubt, the best and fairest in Africa – despite their increasing ideological commitment to State policy. But as time goes by, and more new advocates come under the jurisdiction of the LPC and the DoJ, the independent ethos that the advocates’ profession to an extent still inculcates, will dissipate. And this will be reflected in the quality and independence of the judges appointed from that profession.

As a matter of constitutionalism, society’s lawyers simply must be independent, because they are the tools society uses to ensure the State conducts itself lawfully and appropriately. While attorneys have unfortunately been regulated for decades, the independence of advocates was a strong guarantee that those who ultimately appear before the courts, and those who end up sitting on the bench, would keep the government within the limits of law.

South Africans should be jealously guarded about the Constitution and the values and conduct that surround it. Challenging intrusions like the Legal Practice Act and reforming the advocates’ profession – and hopefully the attorneys’ profession as well – into independent bulwarks of protection against oppression and political abuse must be high on our agenda.

Martin van Staden sits on the Executive Committee and Rule of Law Board of Advisors of the Free Market Foundation. He is pursuing a doctorate in law at the University of Pretoria.