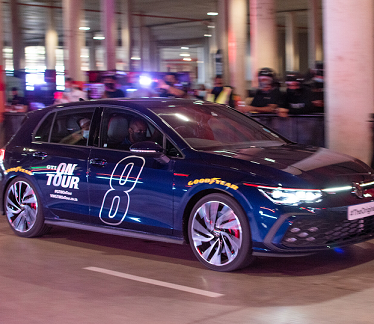 Volkswagen’s Golf 8 GTI launch campaign won a total of three accolades at this years’ PRISM Awards. Volkswagen was the only automotive brand to be awarded at the PRISM Awards.

The Volkswagen Golf GTI8onTour campaign won gold at this years’ PRISM Awards which were held in Johannesburg recently.

The PRISM Awards, which are run by the Public Relations Institute of South Africa (PRISA), are Africa’s most sought after public relations and communication awards and are judged by more than 60 industry experts. PRISM awards are conferred on entities that have successfully fused strategy with creativity and professionalism to achieve the best communications and business objectives in their public relations campaigns.

“As Volkswagen, we’re proud to not only have won three awards which include a gold award in the ‘Launch of a New Service or Product’ category at the PRISM’s, but to also be the only automotive brand awarded at this years’ ceremony shows the creative prowess of our brand. The Golf GTI was our biggest vehicle launch last year and the #GTI8OnTour campaign paid homage to the legendary status that this hot hatch enjoys in South Africa,” said Bridget Harpur, Head of Marketing for the Volkswagen Brand.

Working with Public Relations agency, One-Eyed Jack, the #GTI8OnTour campaign also won a silver award for ‘Influencer Management’ and a bronze award in the ‘Integration of Traditional and New Media’ category.

The #GTI8OnTour was launched as a gaming app that got fans racing the Golf 8 GTI through the virtual streets of South Africa to get their name on a virtual leader board in order claim a free ticket to the #GTI8OnTour country-wide customer launch events.

The #GTI8OnTour campaign culminated in high-energy customer events in Cape Town, Durban, and Johannesburg where fans were given the chance to experience life in the GTI lane.