Why Malta is Europe’s hottest LGBTQ+ destination: From queer rights to Pride spectaculars 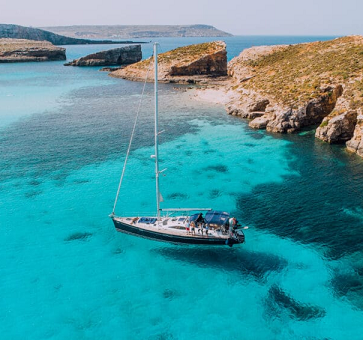 Summer 2022 feels very different to the last couple of years, doesn’t it?

With the pandemic restricting travel for so long, so many unforgettable plans were altered or cancelled altogether. But now, most of Europe has opened its doors once more.

With the prospect of a summer filled with much-needed travel and exploration, making up for lost time, what is the current landscape in Europe for LGBTQ+ people? Of course, LGBTQ+ people deserve to feel safe and have their rights respected everywhere – as tourists or permanent residents. But we know that some places are ahead of others in making that vision a reality.

In May, ILGA-Europe released its annual Rainbow Europe Map. The list ranks 49 European countries based on 74 different criteria, such as inclusivity, equality, legal gender recognition, hate crimes, hate speech and asylum. Each country is awarded a percentage between zero and 100. (Forget Eurovision, this is the most important ranking there is).

Malta took the top spot for the seventh year in a row, with an impressive score of 92 per cent for 2022.

The small island nation was an impressive 19 per cent ahead of Denmark, which placed second with 73 per cent, with Belgium placing third with 71 per cent.

What is Malta doing right?

Malta has a long history of queer acceptance and is one of few nations where LGBTQ+ rights are recognised at a constitutional level. It has shown itself to be ahead of the curve when it comes to expanding LGBTQ+ rights and repealing discriminatory legislation – for example, LGBTQ+ people have also been allowed to serve openly in the military since 2002.

PrevPreviousMonkeypox expert explains how to stay safe from virus at Pride, from vaccines to condoms
NextLGBTQ Colombians stage kiss-a-thon to support gay couple after homophobic attackNext