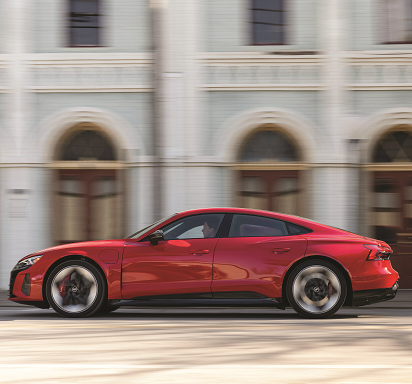 Audi proudly welcomed six electric e-tron models, which no automotive brand has launched so many electric vehicles in one go yet.

The transition toward electric mobility has yielded positive results for the e-tron model range around the world already. Audi offers the largest number of fully electric models to its consumers around the globe.

Audi is committed to growing the e-tron model range locally and will introduce at least one new electric model each year. Partnering GridCars has led to the building of the largest and fastest electric vehicle public charging network in the country.

It has won eleven electric car titles since 2005 from the World Car Awards, making them the most successful manufacturer in the history of this competition judged by over 100 auto journalists

A sophisticated thermal management system consists of four thermal circuits, which means that the battery and the components of the drive system each stay at their ideal temperature, resulting in performance characteristics that can be reproduced at any time.

Thanks to intelligent thermal management, anyone who uses the e-tron route planner in the e-tron GT quattro1 will put the battery in an ideal temperature range for charging, depending on the exterior temperature, even while the car is driving – which is useful for fast charging with up to 270kW.

Heading for the hills, the engine sounds incredible, but I struggled to get used to the obscure rear view cameras.