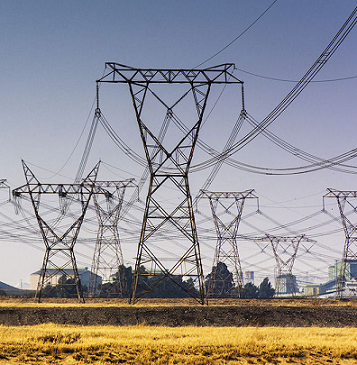 President Cyril Ramaphosa’s plan to address Eskom rolling blackouts (creatively called “loadshedding”) and fix Eskom are not nearly sufficient to solve our energy needs, or the ongoing crisis of the chaotic and corrupt parastatal.

This plan comes years late but is still being heralded by some as a welcome change. Many have lauded Ramaphosa for acknowledging the costs of loadshedding on the economy and our society. But the positive changes addressed in this plan come very late, and are not nearly radical or decisive enough to address the true issues that afflict our electricity sector.

The president’s address came on the heels of stage 6 loadshedding which plunged South Africans into darkness for many hours a day. Some areas, coupled with cable theft and substation failure as a result of the loadshedding, saw the majority of the day without electricity. There was no respite for batteries to charge, and increased fuel prices led to generators becoming prohibitively expensive to run.

Ramaphosa was right to acknowledge that loadshedding has, and is, destroying the South African economy. Any growth we could possibly achieve while hamstrung by terrible labour regulations, crime and corruption is soon destroyed whenever the lights go off. This isn’t any way for an economy to survive – much less thrive.

What is brushed over in the address was the fact that the recent spate of loadshedding was caused by mass strike action by Eskom workers – demanding further raises while the organisation they work for declines and takes South Africa down with it.

This is just another cause of Eskom’s failure. But it isn’t the fundamental cause. Eskom has been collapsing, notably, since 2007. But the rot began long before then. Back in the 1980s, Eskom was already facing scrutiny for corruption and an inability to reliably keep the lights on. This was addressed by the De Villiers’ Commission, which unfortunately didn’t provide the correct solutions for the parastatal and let it muddle along until its inherent flaws became too much. And we now live with the consequences.

Eskom’s inherent problem is that it is a state-run monopoly. Even if it has to get its own funding from selling electricity, it still has no real competition which would incentivise it to perform well or charge the correct price of electricity. As a result of its privileged position, and because of the Electricity Act which led to its founding in 1923, it spent the majority of its existence charging an unsustainably low price for electricity. Not only did the price not fit the market rate, but it also didn’t even cover expenses – leading to Eskom to begin its debt-ridden existence as far back as the 1920s.

Eskom was almost privatised in the 1990s alongside GEAR. But opposition by labour unions and communist ideologues, coupled with a foolish notion that the private sector would need to be able to sustain the unrealistically low electricity prices, led to the privatisation being scrapped.

If Eskom had been privatised in the 90s, we would not be facing loadshedding or the threat of grid collapse. We would have dozens of private producers to choose from, competing over price and reliability. If one failed, another could pop up in its place. Instead, we got a bloated state-run monopoly that attracted cadre deployment, corruption, labour crises, subpar coal tenders, and mismanagement. All as a result of political involvement and lack of competition.

Ramaphosa’s latest plans present some positive changes. Some good, if obvious, ideas. But they still aren’t radical or fundamental enough to solve Eskom’s problem of being a state-run monopoly.

The best part of the plan is to scrap the licensing threshold on private generation of electricity entirely. The move to raise the generation cap from 1MW to 100MW was good but insufficient. Scrapping the cap entirely is a move in the right direction. Allowing the private sector to get involved as much as possible will cushion South Africans from state mismanagement and lead to more electricity being generated.

Additionally, allowing private citizens to sell their surplus self-generated electricity back into the grid is a great idea. It will not only free up space on the grid by incentivising self-generators, but also raise the total capacity of the grid.

Where the plan falls short is that Eskom is still a dominant player. Producers still have to sell into a state-run grid. The purchaser of electricity is still Eskom and the state. This leads to additional costs for the parastatal that is already facing ballooning debt. Rather than Eskom and the state purchasing electricity from private producers and funding it with Eskom tariffs and taxes (as bailouts are always funded by), the local grids should be divvied up and privatised. Or, at the very least, run by local municipalities only. A system can then be put in place that allows competing power producers to sell their electricity at a competitive rate into the grid – and if possible, directly to consumers using a smart grid system that allows consumers to choose their provider.

The address contained many plans for Eskom to increase its budget for maintenance, hire more skilled personnel, and to construct additional (notably renewable) generation capacity. Continuing to expand Eskom and keep it alive is a waste of money and time. Rather, the parastatal’s assets should be sold off to responsible private companies who can fix their investments themselves and hire personnel that aren’t governed by political bargaining.

History, recent and otherwise, has proven that Eskom is inherently prone to corruption, bloating and mismanagement. It’s foolish to throw more money at a bad investment.

Ramaphosa argued in the address that competition between private producers and Eskom will be good. He is correct that competition is necessary to achieve good outcomes and incentivise success. But, Eskom can never be a fair or good competitor while it is state-run and holds regulatory power over the sector.

State-funding of any form is unfair; it allows Eskom to avoid failure while private competitors have to suffer. And competing with unsustainably low prices, which are inevitable when a state-run entity prices based on politics rather than on market realities, will just lead to private competitors leaving the marketplace.

Ultimately, Ramaphosa’s address and plan for Eskom has some good changes to the sector in it. But it doesn’t go far enough. Private companies are the answer to our electricity crisis – but not as additional generators and subsidiaries of Eskom and the state. They need to be independent companies that can price according to market realities, and without the intervention of an inevitably politically motivated and corrupt government. Only then will we see the state of our electricity sector improve sufficiently.

Nicholas Woode-Smith, an author, economic historian and political analyst, is a contributing author for the Free Market Foundation