Sydney WorldPride 2023: What to expect from the “party with purpose” 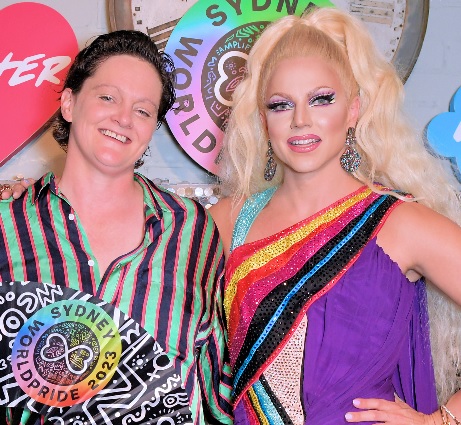 “It’s about bringing a multiplicity of voices together from across the world and both celebrating and advocating,” says Kate Wickett, CEO of Sydney WorldPride and the first woman to hold the position. She describes the upcoming event, which is set to take place from 17 February to 5 March, as a “party with purpose” that exists to celebrate the LGBTQ+ community at the same time as highlighting the issues affecting it. “And so, yes, we celebrate, but we unite, and we’re also going to be advocating and discussing some pretty difficult issues and challenges and I don’t think those two things are mutually exclusive,” she tells GAY TIMES.

Licensed by InterPride, WorldPride is awarded to a different host city every 2-3 years, with previous locations including London, New York and Toronto. GAY TIMES caught up with Kate and Drag Race/Australian icon Courtney Act, who is going to be hosting the opening ceremony, at the international launch of Sydney WorldPride to discuss what attendees can expect from the highly anticipated event.