The tax burden of the high earner 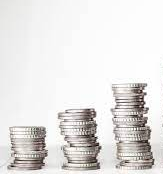 Higher earners pay a higher proportion of their earnings in tax – after all tax systems in all countries are progressive. So, an interesting question is “What exactly is the tax burden born by say the top one fifth of income earners?” I had a stab at estimating it using some simplifying assumptions and tax statistics.

Adults who earn R500,000 or more make up 19,3% of taxpayers; they earn 53,5% of all income subject to income tax and pay 76,5% of all assessed income tax. I assumed they accounted for all the business taxes and that they spent all their income not taken in income and business taxes (the national private savings rate is only 1%), and paid VAT on that bit. They end up paying about 73% of all government revenue. A little algebra suggests that on average 22% more of their income goes toward government revenue than is the case for the country as a whole. Therefore, about 46% of their income goes to government. If the R143 billion-worth wealth tax revenue government is contemplating is added, then more than 51% of the income of the top one fifth will go to government.

However you slice it, the top one fifth of earners spend close to half their productive efforts involuntarily working for government, and this implies that the other four fifths of income earners spend one fifth of their lives working to keep the state afloat. The debate about whether this disparity is fair or helpful is unresolved and highly divisive, but many high earners regard the situation as punitive. International experience shows that people with that sort of tax burden are prone to leave the country imposing it. In fact, those proposing a new wealth tax recognise this and factor in an evasion rate of one in five.

Government revenue is undeserved and precarious. By international standards South Africa combines an extremely high tax burden for countries with our GDP with an exceptionally small tax base, and government seems intent on chasing away its largest source of revenue.

Government revenue is undeserved because the South African state is particularly inefficient. Quite a considerable proportion of government revenue simply goes to salaries for worthless administrative tasks. It is an understatement to say government is bad at the basic functions of government like security, infrastructure provision and enabling large scale coordination.

Furthermore, the scale of corruption is so bad that the popular perception is that it is not so much a government as a racket. At best, the South African state is an organisation that serves only to extract wealth for members of the state. It is not fair to ask South Africa to spend 38% of its productive efforts supporting it all, and so why should our most productive citizens waste half their lives doing so?

This article was first published on Biznews.com on
12 September 2022

Garth Zietsman is a statistician who analyses and writes for the Free Market Foundation.