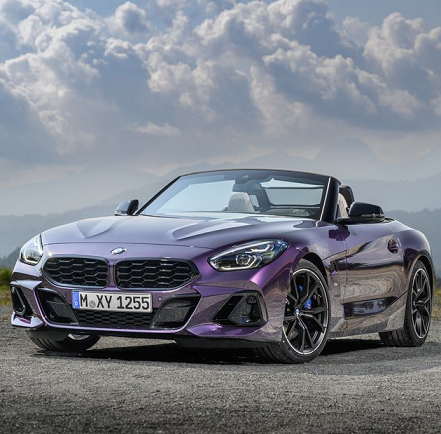 A pure-bred open-top roadster, more sporting and visually appealing than ever has a raft of detail updates with fresh exterior design accents.

Standard equipment increases and the new features emphasizes the sporting character of the BMW Z4 that continues to evolve for since launch in 2002 when the Z 3 stopped production. The Z 3 remains all about pure driving pleasure and BMW has consistently improved on this legacy with the Z4. As proud owners of a showroom condition Z 3 that we had since new, we have really enjoyed this traditional roadster experience while test driving various new roadsters since the 90s. Nothing beats that bum-on-the rear axle feeling with perfect 50/50 weight distribution or the wolf whistles from enthusiasts when driving topless. Pun intended.

BMW roadsters epitomises driving pleasure and race-track success extends back to the company’s formative years as a carmaker. Open-top two-seaters represented important staging posts in the development of BMW in the more recent past. The BMW Z1 unveiled in 1987 was a showcase for innovation with its front-mid-engined design, slide-down doors, steel monocoque and plastic body panels. Some 8,000 examples were delivered to customers between 1988 and 1991, and today is an extremely valuable collector’s item. The BMW Z3 presented in 1995 was the brand’s first model to be produced exclusively at BMW Group Plant Spartanburg in the USA. The BMW Z3 was introduced to the public on the silver screen – as James Bond’s service vehicle in the film GoldenEye.

Four years later, a Hollywood premiere as a cast member of a Bond blockbuster also brought the BMW Z8 to worldwide attention. In the 1999 movie The World Is Not Enough, the roadster bewitched audiences with its classical lines recalling the legendary BMW 507. Under the sweeping bonnet of the hand-built BMW Z8, the 5.0-litre V8 engine with 294 kW originally developed for the BMW M5 put in a spectacular performance in cinemas and on the road alike.

The BMW Z4 has embodied open-top driving pleasure for 20 years and a retractable hardtop was the show-stopping feature of the second-generation BMW Z4, allowing it to replace both the roadster and coupé versions of the previous model. The exceptional status of the BMW Z4 when it comes to powertrain technology is embodied most prominently by the top-of-the-range model, whose six-cylinder in-line engine with M TwinPower Turbo technology is unmatched by any rival and displays outstanding performance attributes. The 3.0-litre, 285 kW unit develops peak torque of 500Nm and powers the BMW Z4 M40i from 0 to 100 km/h in 4.5 seconds. The four-cylinder engine, with a displacement of 2.0 litres and BMW TwinPower Turbo technology, also stands out with its vivacious performance characteristics. With maximum output of 145kW and peak torque of 320Nm, the BMW Z4 sDrive20i sprints from rest to 100 km/h in 6.6 seconds.