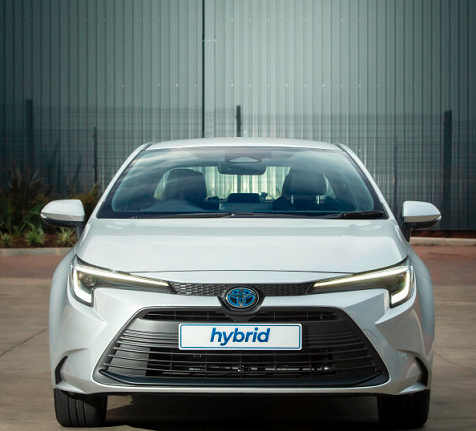 Having an all-new platform, new engines and daring design, transformed our ‘humble’ Corolla from sensible commuter to a standout sedan.

Since a hybrid variant was added to the Corolla sedan line-up, it’s taken Toyota’s pioneering hybrid technology to mainstream models.

Since 2021, the 4th-generation 1,8 hybrid engine has evolved to a 5th-generation 1,8-litre Petrol-Electric Hybrid engine with more 14% more power, refinement, and efficiency. A new Lithium-Ion battery with enhanced cooling capacity, sits at the core of the upgrade with 103 kW under the belt. The existing 2,0-litre Dynamic Force engine option remains, gaining an extra 1kW and 3 Nm – for peak outputs of 126 kW and 203 Nm. Fuel consumption is quoted at a modest 3,9 litres per 100 km for the Hybrid and 5,9 for the 2,0 petrol. CO2 emissions register at 90 and 134 g/km, respectively. Once we test it, we may be less conservative, based on our launch conditions figures, so we await a test unit for a fair verdict. With fuel prices rocketing it makes sense to buy the most fuel-efficient cars.

Toyota’s self-shifting CVT transmission, maximises fuel efficiency on both models and is quieter than before.

Revised headlamp clusters feature Bi-LED lighting elements and the DRL and turn-signal functions are performed by the same lighting diodes for visual flair.

Toyota Safety Sense 3.0 on all Corolla models represents the latest advancement of Toyota’s active safety system – which incorporates semi-autonomous driving aids. Camera sensor resolution is increased, while using a wider-angle lens. The radar sensors have also been enhanced helping to increase the detection range and recognition.

The existing two-grade strategy (Xs and Xr) has been retained, creating a model matrix of 3 variants with two engine options.