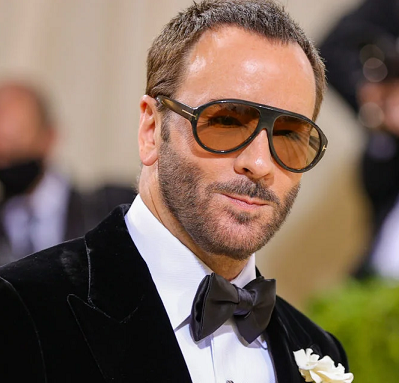 Four months after Bloomberg indicated designer Tom Ford had enlisted Goldman Sachs for the potential sale of his eponymous brand, cosmetic giant Estée Lauder has announced it’ll acquire the latter in a deal valued at approximately US$2.8 billion (AU$4.15 billion) – the luxury industry’s largest in 2022.

“Estée Lauder is expected to pay roughly $2.3 billion, net of a $250 million payment from Italian eyewear manufacturer Marcolin SpA, which has its own licensing deal with Tom Ford,” explains Lauren Thomas of The Wall Street Journal.

“It plans to fund the transaction through a combination of cash, debt, and $300 million in deferred payments to sellers that become due beginning in July 2025.”

The talented Mr Ford – who can now add “billionaire” to his growing multihyphenate title in addition to Academy Award-nominated film director, art collector, and of course, fashion icon – will reportedly remain with the brand until the end of 2023, although his role beyond that point has not yet been specified. Regardless, as you can imagine, he “could not be happier.”

“They have been an extraordinary partner from the first day of my creation of the company and I am thrilled to see them become the luxury stewards in this next chapter of the Tom Ford brand,” said Ford, in reference to the longstanding licensing agreement between his famed creation and Estée Lauder.