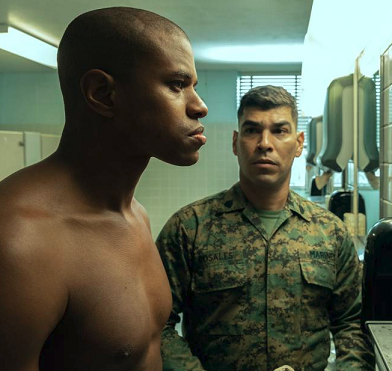 Elegance Bratton is an expert in fiction. Throughout his career in the U.S. Marine Corps, he learned how to pretend to be things he wasn’t.

It was how he survived as a Black gay man during the era of the military’s “Don’t Ask, Don’t Tell” policy.

It comes as no surprise, then, that Bratton has carved out a post-military career in filmmaking. His directorial debut, “The Inspection,” is a fictionalized retelling of his own experience as a young, gay Black man who, after being shunned by his own mother for coming out, decides to join the Marine Corps.

“I was kicked out of the house at 16 for being gay, and I spent the next 10 years homeless,” he told Military Times. “I really thought that I was completely worthless, but fortunately, a drill instructor told me that your life is important, and you are important, and you matter.”