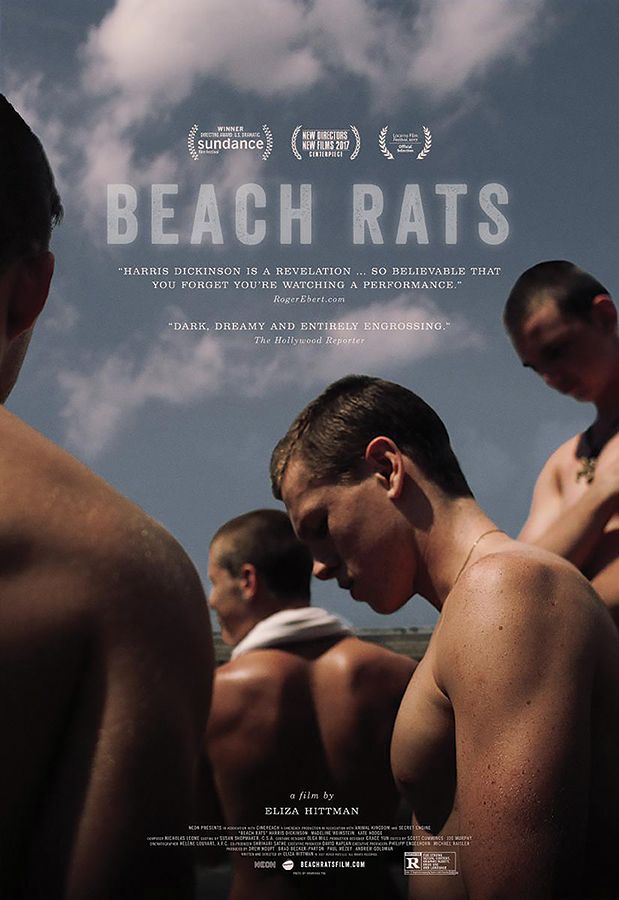 With Harris Dickinson and Madeline Weinstein. Directed by Eliza Hittman.

This touching, provocative and uncompromising view of sexual identity, emotional abuse, and trying to fit in, is a realistic, uncommercial portrayal of gay life. Much lauded at the Sundance Film Festival, it tells the story of a hunky young man, Harris Dickinson, who tries to fit in with a homophobic beach crowd in New York while cruising old, gay men on the internet and having sex with them. But he is also attracted to a girl – so is he gay or straight or simply confused? The clash of straight and gay desires, the pain of teenage angst and the futility of boredom mixed with a homophobic society’s reaction to gay life is told with realism and graphic, tough sex scenes. Strongly recommended if you take LGBT cinema seriously.