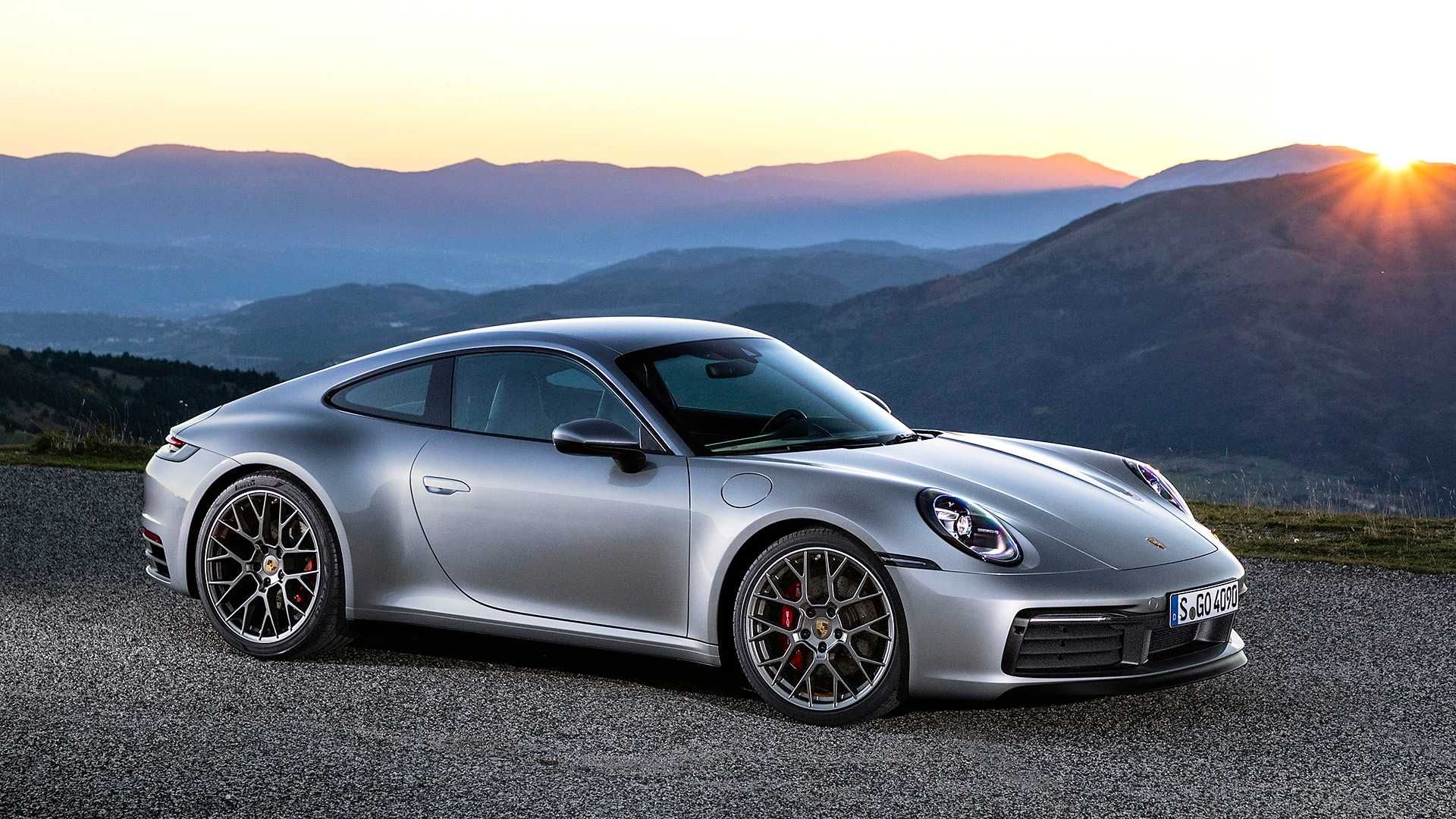 *Prices and Specs accurate at time of publishing

Considered the most iconic car in the world, I felt honoured to be part of a small group of journalists that were invited to experience the incredible dynamic capability of 911 Carrera S and 4 S. The all-wheel drive grip of the 911 Carrera 4 S is superb.

I was surprised at the respective, rather frugal fuel consumption figures of 8,9 l/100 km and 9,0 l/100 km, while average CO2 emissions, were respectively recorded at 205 and 206 g/km. The tiny fuel consumption difference between all-wheel drive and two-wheel drive was highly unusual and our real-world launch figures were also remarkably low at 11,8 l/100km on the 911 Carrera S

The eighth generation of the 911 is more muscular and more powerful yet maintains its trademark timelessness. It has extensive digital features and introduces many innovations without losing its core value as a purist sports car.

The next generation of flat-six turbocharged engines has been further developed and is more powerful than ever before, with 331kW in the S models. A new 8-speed dual-clutch transmission has a shorter first gear and a longer 8th gear that enables a top speed of  308km/h (Carrera S) and 306km/h for the Carrera 4S all-wheel-drive version. Reaching 100km/h takes respectively 3,6 and 3,7 seconds. The extra grip favours the all-wheel drive model. The 911 is setting new fastest lap times even on the toughest circuits around the world. A 911 Carrera S has completed the Nordschleife of the Nürburgring in just 7 minutes and 25 seconds – five seconds faster than the previous model.

The package is completed by three exclusive digital services namely a Porsche Road Trip app for those long-distance journeys, the Porsche 360+ personal assistant, and the web-based Porsche Impact emissions calculator to neutralise your individual carbon footprint.

The eighth-generation 911 is wider, more assertive, and more advanced. Wider wings arch over the large 20-inch wheels at the front and 21-inch wheels at the rear. Newly developed LED headlights are integrated into the wings almost seamlessly, taking the typically-911 round and upright form. Flush integration of the electrical pop-out handles in the doors

emphasises the tapered and smooth side contour. The exterior mirrors have also been redesigned and are now optimised to minimise wind noise. It is also possible to fold the mirrors in electronically.

At the rear a significantly wider, variable-position spoiler and the seamless, elegant light bar. The vertically arranged louvres of the air intake echo the contours of the rear window, and the centrally located third brake light has also been integrated in the intake louvres – this is not visible when the rear spoiler is extended, so a brake light has also been incorporated into the spoiler itself.

A completely new interior is a milestone in the evolution of the 911, yet maintains virtues like clarity and formal unambiguity.

A traditional analogue rev counter is now flanked by two frameless freeform displays that appear to float. Just as it did in the original 911, the new dashboard covers the entire width between two horizontal wing levels. In the middle, a docked-on control panel with five pushbuttons – styled in a classic toggle switch look – forms the transition to the centre console with integrated touchpad. An ignition key is no longer provided, as the new 911 features Keyless Go and a switch to start the engine – on the left of the steering column of course. In short, analogue precision and digital integration have been blended together in a manner that is typical for the brand.

The rear axle steering improves both day-to-day usability and performance. The system has been further adapted for the new 911. Depending on driving speed, it directs the rear wheels to move up to two degrees either in the same direction as the steering angle on the front axle, or in the opposite direction.

The result is that the 911 is even more agile when cornering, and its smaller turning circle makes it easier to manoeuvre in urban traffic.

There are many new safety systems in the 911, but my favourite is an intelligent thermal imaging camera, Night Vision Assist that detects persons and animals in darkness and shows them to the driver. The system has a range of up to 300m. It differentiates between respective heat source, so knows the difference between an animal and parked motorcycle with a warm engine, for example. Night Vision Assist is deactivated in built-up areas in order to prevent false warnings such as may be caused by dogs on a lead on the pavement, for instance. 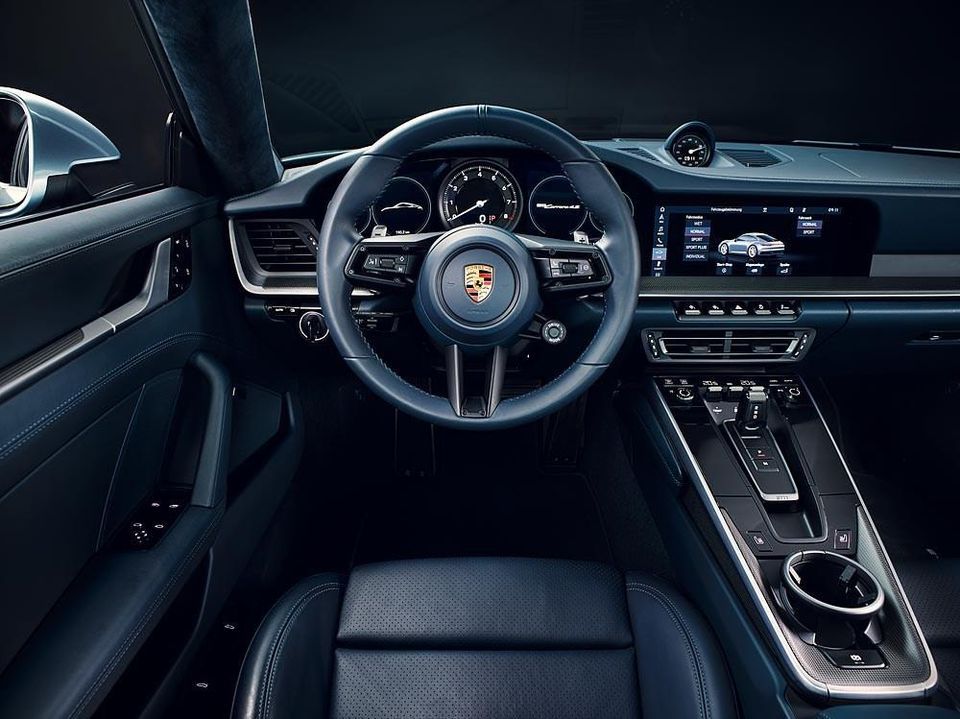 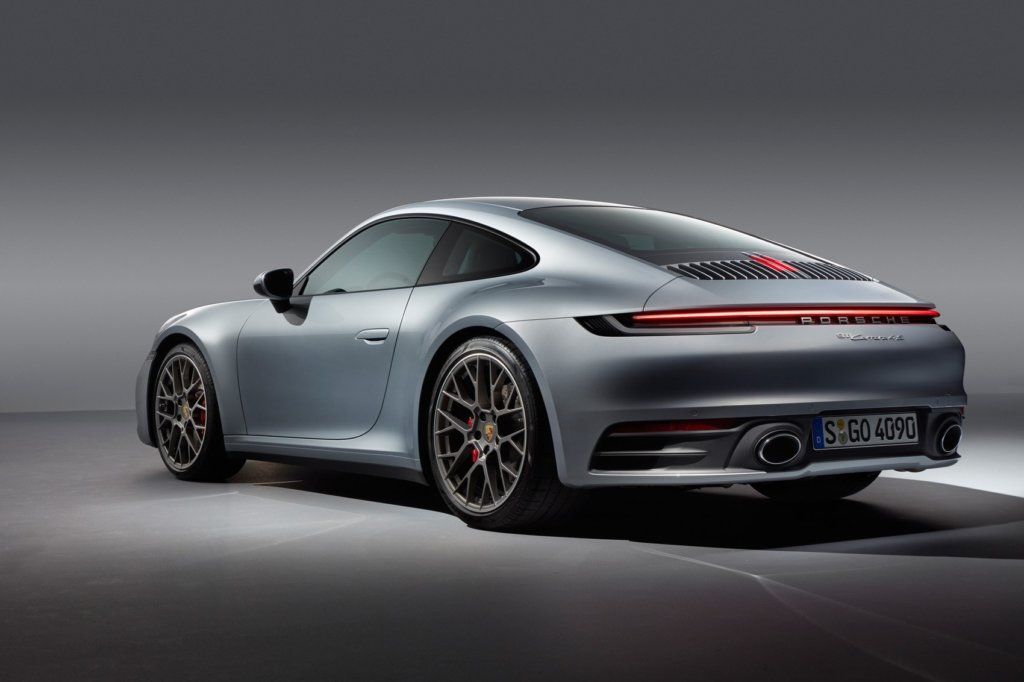 The online navigation function with real-time traffic information is now even simpler, faster and more comprehensive. The basis for the simple search for navigation destinations is the central “finder” – represented by a magnifying glass in the header bar of the PCM. This allows the user to search for destinations with simple terms. The finder also offers a host of additional information such as fuel prices, car parks with free spaces including prices and opening hours, or also user ratings for hotels and restaurants.

Voice input of navigation destinations is just as simple thanks to the new Voice Pilot. The Porsche voice control function has been further developed. Thanks to online voice recognition, voice inputs are now much more intuitive than before. For example, it is possible to simply enter a navigation destination without address details.

Route calculation for navigation therefore takes place at the same time both online and internally in the PCM. The PCM decides independently which navigation function has calculated the best route, but always starts with the result that has been calculated first.

The navigation system also processes so-called swarm data with the new Risk Radar service. This is anonymously recorded and transmitted data from correspondingly equipped vehicles on the traffic and road situation. Based on information from the vehicle sensors, this data provides warnings about fog, slippery roads and accidents, for example. In this way, the new 911 can help to minimise dangers and prevent accidents.

From 2011 onwards, the Type 991 represented the most technically advanced 911 model to date. The 991 looked more powerful than any other 911 before – an effect that was heightened by the wider track and a wheelbase stretched by ten centimetres. It also featured adaptive aerodynamics: the 911 was the first series sports car from Porsche to adopt this technology from the 918 Spyder hybrid super sports car.