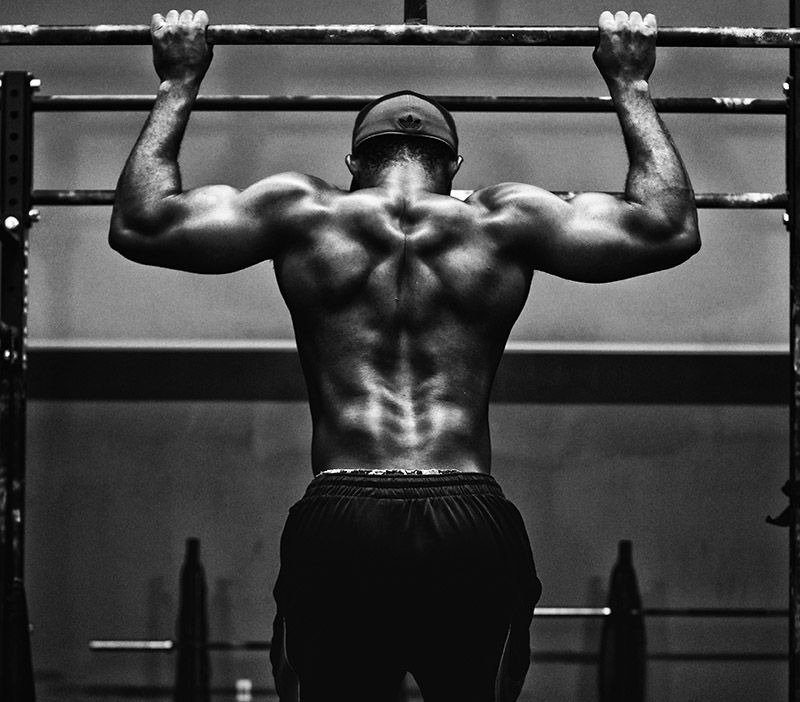 Body Dysmorphic Disorder affects hundreds of thousands of men and presents in a real and life altering manner. Bodybuilders and gay men lead the statistics.

I first became interested in this phenomenon when I saw a Carte Blanche insert about school students using steroids to bulk up. Their bodies haven’t even finished developing, yet these young men felt it necessary to give Mother Nature a helping hand. Why? I started reading as much as I could on BDD and found, to my increasing discomfort, that gay men have a very high risk of suffering from this disorder. BDD, also called bigorexia, is characterised by the excessive preoccupation with developing lean muscle mass through exercise, diet, and other means (steroids, implants etc.), but those with this disorder cannot perceive the physical self accurately. Instead, sufferers see a distorted, unattractive version of themselves, even after previously desired changes are realised.
The health implications of especially steroids are worrying to say the least. Most of us have encountered an individual with “roid rage”, but steroid abuse also causes skin breakouts and can lead to liver and kidney damage and failure, testicular shrinkage, erectile dysfunction and a host of other problems. And chances are, if a guy uses steroids to bulk up, he’s getting it illegally. Illegal drugs are not controlled, so who really knows what you’re injecting yourself with?

Gay men with this disorder feel compelled to build their bodies through excessive exercise and a man may considerably improve his physique, but will remain dissatisfied because he cannot appreciate the results. There is also the “bigger is better” illusion. For many gay men, this relates directly to bullying at school or at home. For these guys, who were often small built or late developers at school, the only way out is to get as big as possible, as fast as possible. Loneliness and bullying are major contributors to teenage body dysmorphia.

The AIDS crisis has also had an effect on gay men’s bodies. Minimal, but no less palpable. Skinny equalled sick, so in order to appear healthy – whether the individual was in fact HIV positive or not – men turned to the gym. Remember the long-gone Health and Racquet Club’s unofficial name: The Wealth and Faggot Club? It’s no coincidence that this was at the height of the AIDS crisis. Even today, gyms are crammed with gay guys working out – in some gyms, they equal or even outnumber straights. Straight men tend to work out for health reasons, gay guys for aesthetic reasons. In a culture of youth and beauty, you are judged on your looks. Looking good increases your “marketability”. True, there is a large portion of the gay population who don’t identify with these ideals – for example, bears extol an overweight and hairy body, leather men a muscular body and club kids a thin physique. Homo-thugs (I didn’t make that one up, honestly, though I wish I did) go for shaved heads, tattoos, piercings and overbuilt musculature. Inclusion in such subcultures is based partly on body-type. By and large, the dating and mating game is solely looks driven. Narcissism is very much a factor in body dysmorphia.

Many studies show that the more minority stress an individual faces, the more distress they feel. Researchers have repeatedly found that gay men have more dissatisfaction with their body, and display more physical symptoms of stress as well as eating disorders than straight men, all of which add up to a basic body-image issue. The extent to which gay culture itself only increases this stress with its hypermasculine ideals is an open question.

Gay men, in particular, are obsessed with their looks and this makes them particularly interested in anything from fad diets, to Botox and at the more extreme end of the scale – extreme plastic surgery and steroid abuse. Gay men are particularly susceptible to anorexia, bulimia, body dysmorphia, and exercise addiction. It’s all based on a skewed perception of self-worth: if you or your partner doesn’t look like a cover model, your life is not worth living. If you don’t look good, you won’t attract a mate. Maybe the pecs should be a bit larger. You want a six-pack stomach, like the guy on the Men’s Health cover. Guys like big arms, so you’ll have to work at getting bigger arms to be liked. It’s a vicious circle.

Where does it all start? In the media. Pure and simple. Is the Gay Pages guilty of image alteration? In a very small way, yes. We have, in the past, had to flatten ears, remove blemishes and pimples, whiten red eyes and performed other minor procedures. But, by and large, what you see is what you get. To what extent a bought image from an image library has been altered, it is impossible to say, but it is my view that most images have been at least slightly retouched.

Some time ago, tennis player Andy Roddick was surprised to see that his arms and body were so big when he saw himself on the cover of Men’s Fitness magazine.  He then went on to write on his blog about the altered magazine cover. Aside from the serious bulk, he noted that a birthmark on his right arm had disappeared. “I spent the last few weeks in Austin, Texas, really focused on my training and getting back into shape – but I’m pretty sure I’m not as fit as the Men’s Fitness cover suggests,” Roddick wrote on his blog.

“Little did I know I have 22-inch guns and a disappearing birth mark on my right arm. I saw the cover for the first time when I landed after Rome [a tournament]. It was pretty funny. I walked by the newsstand in the airport and did a total double take. I can barely figure out how to work the red-eye tool on my digital camera. Whoever did this has mad skills.”
Resignations “for personal reasons” followed at the magazine following the debacle, but the damage was done. There are thousands of gyms with tens of thousands of men with great bodies to be on the cover of health magazines.  The magazine industry however has quit using non-celebrities on their covers because they believe and probably do sell more copies with true celebrities on the front.

Take what you see in pictures with a BIG pinch of salt and whatever you do… if you want not to be affected by Photoshopped images and maintain your high self-esteem, don’t indulge in body comparison with media images. You’ll never find yourself on the winning side.