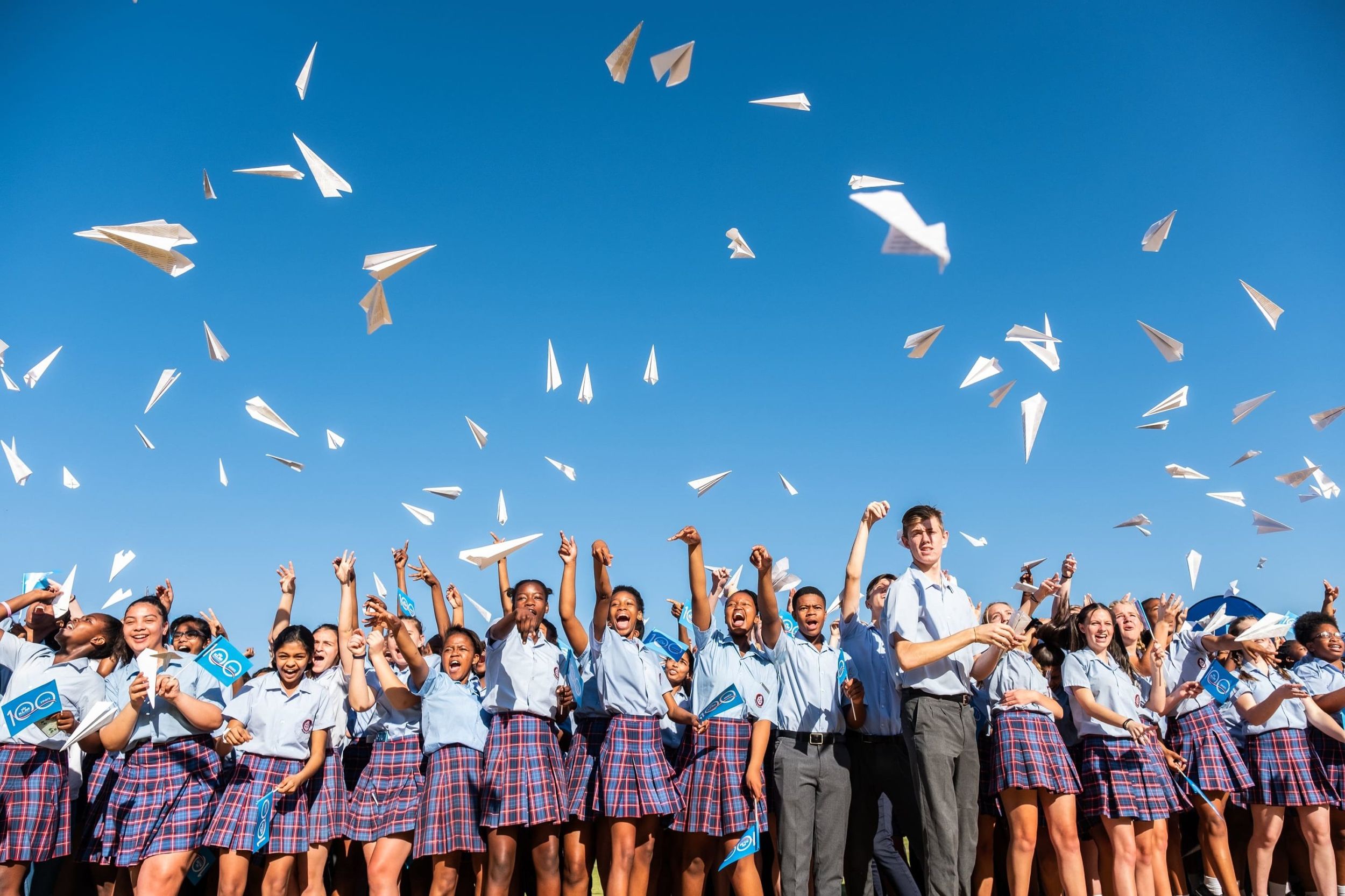 In celebration of their 100th birthday, KLM, together with Gauteng scholars, broke the record for the most number of paper planes flown at a single time.

In celebration of their 100th birthday, KLM Royal Dutch Airlines, together with 15 300 scholars across Gauteng, broke the record for the most number of paper planes flown at a single time. 15 300 paper planes, each containing a message from ordinary South Africans dedicated to their future selves, were launched at 15 schools across the province.

Now that the world record has been broken, the paper planes have been collected by KLM to be recycled in the form of compost as they build a sustainable ‘Forest of the Future’ at the Mother Of Peace orphanage (situated between Diepsloot and Northriding) which will help nourish the surrounding communities for years to come. This forest will be created in October – the month that KLM celebrates their 100th birthday.

Planted over 2000 square metres of land in the shape of the KLM logo, this food forest will become a consistent, sustainable source of food for both the orphanage and communities in and around the Diepsloot region. KLM has promised to tend to the forest for the next three years – ensuring that the plants have time to grow into what will become a self-sufficient garden for the community. Besides the ‘Forest of the Future’, KLM is excited to continue their innovative approach to aviation to transform the landscape in the century ahead. During this period, KLM is set to build on the loyalty it has established with its travellers throughout their existence, creating even more memorable moments in the years to come.