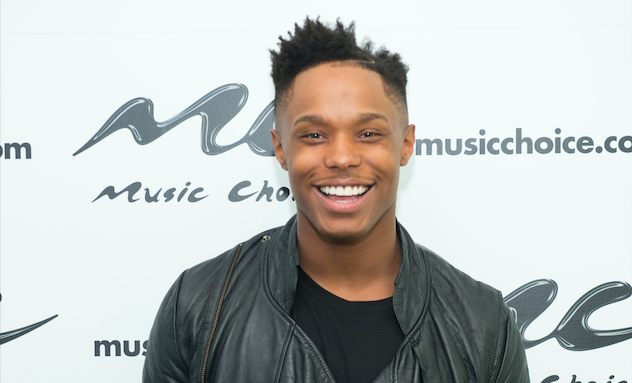 The singer and songwriter Avery Wilson, who rose to fame on season three of The Voice, has come out as bisexual to his fans.

Wilson made it onto the American series of the singing competition when he was just 16, performing on Cee Lo Green’s team. He was eliminated in the knockout rounds but later signed a deal with RCA Records and returned to the show in its eighth season to debut his single, ‘If I Have To’.

He made the announcement in a simple tweet on July 18, his 25th birthday. “I’m bisexual. OK bye,” he wrote.

While many people congratulated him and welcomed him into the LGBT+ community, he unfortunately received a huge helping of biphobia as well.

As is so often experienced by bisexual people when they first come out, many people doubted the seriousness of his announcement and wondered if he was actually gay.

“I don’t trust bisexual men. Neither would any woman that is heterosexual,” wrote one troll. “Sorry but bisexual men are not as acceptable as bisexual women, especially if they are too effeminate.”

Another added: “I wish guys could just be honest and say they’re gay, but we gotta do the bisexual in between step first. OK.”

Avery Wilson clapped back: “There is no in between for me sir. I like woman and men! The bus stops here, stop trying to paint your narrative on others. WHO’S NEXT!?”

In response to one user who described sexuality as a “journey”, Wilson insisted: “It’s not a journey babe it’s a final destination moment for me!”

One person even suggested Wilson was coming out simply for “the shock value” and to “create an uproar” before his new album came out.

There were those who told him he should’ve kept his sexuality “private”, and of course the inevitable rush of people who desperately needed to inform him they already knew his sexuality and didn’t need to be told.

When one Twitter user replied with a condescending Wonka GIF, Avery coolly responded by writing: “THE WAIT IS OVER then ain’t it?!”

But for every negative comment Avery Wilson received there were far more in support of him, and his tweet has already been liked over 260,000 times.

One commenter summed up the negative reactions with an observation about the comparatively more accepting treatment of female bisexuals.

“Tell me why when Dakota Johnson and Lili Reinhart came out as bisexual there was only support, validation and love. But when a man comes out as bisexual ya’ll wanna pry, doubt, mock, judge etc,” they wrote.