Porsche is catching up with the global Pride tide. 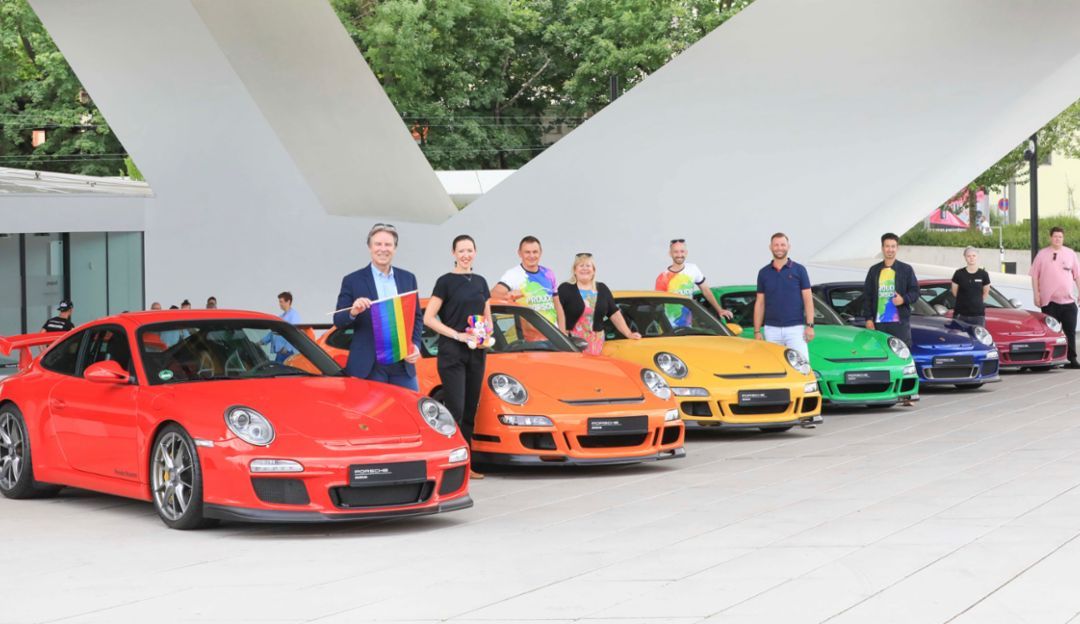 For a diverse society: at the weekend Porsche took a stance for acceptance and mutual trust at events surrounding the Christopher Street Day gay pride festival.

“For a stronger diversity” – this was the motto of countless campaigns surrounding last weekend’s gay pride cultural festival, known in Germany as Christopher Street Day. Every year on this day at the end of July, millions of people around the globe take a stance against discrimination to campaign for the rights of gays, lesbians, bisexuals and transgender people. Porsche also stands up for an open-minded co-existence and bringing diversity to life.

“We demand and foster equal opportunities and want to make it possible for all Porsche staff to contribute just as they are, regardless of elements including their gender, ethnic background, religion, disability, age or sexual orientation,” explains Andreas Haffner, Member of the Executive Board for Human Resources. Last weekend, Porsche took a visible stance for acceptance and inclusion of the LGBT+ community with a host of events. 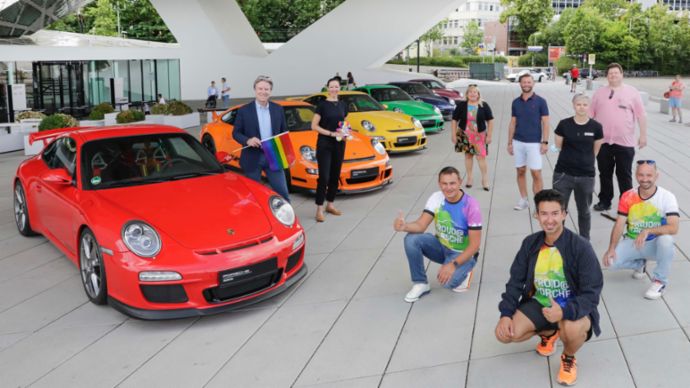 Rainbow at Porscheplatz – Andreas Haffner, Member of the Executive Board for Human Resources, (l.) supported the activities that took place around at the weekend

A rainbow flag was flying on the plant’s flagpole at the weekend as a symbol of diversity and tolerance. Passers-by on the Porscheplatz were also able to marvel at a mobile rainbow, made up of six colourful 911 models that had been parked on the square outside the Porsche Museum. Numerous Porsche staff members took a stance of a sporting nature at the virtual Pride Run, running many kilometres in brightly coloured shirts on their own individial routes to demonstrate their solidarity with the rainbow community.

Department for Equal Opportunities and Diversity (MEC) and Proud@Porsche

Porsche does not just take a stance for diversity, tolerance and respect on the occasion of the Christopher Street Day festivals. The Department for Equal Opportunities and Diversity (MEC) was established three and a half years ago to continue to actively foster equal opportunities for all staff members within the company. Its key objective is to sharpen the awareness for opportunities and challenges within diverse teams, initiate a dialogue and support networking so all Porsche staff members can ideally contribute with their expertise and skills – regardless of individual differences and whatever stage staff members are at in their lives.

PrevPreviousMr. GAY WORLD
NextAre we turning into a nation of thieves in SA?Next